While the Star Pupils are the most notable, many a gamebook features a powerful and benevolent ruler or wizard, more than willing to help you, to advise you or give you Info Dump, play Mr. Exposition or the Quest Giver. They will most often give you some priceless McGuffin, or help your quest progress one way or another, and might even play the Big Damn Heroes from time to time. 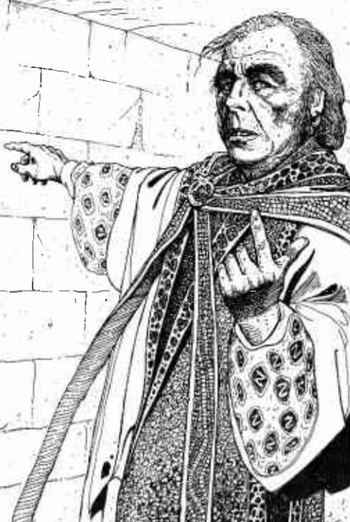 Alsander is a trusted follower of the Benevolent Mage Ruler Vanestin, who works to discover the Evil Plan of the Archmage Necromancer Mordraneth. He made major discoveries but was spotted and is held captive in one of Mordraneth's secondary bases. As such, Vanestin hires you to go and save him, and if possible more... 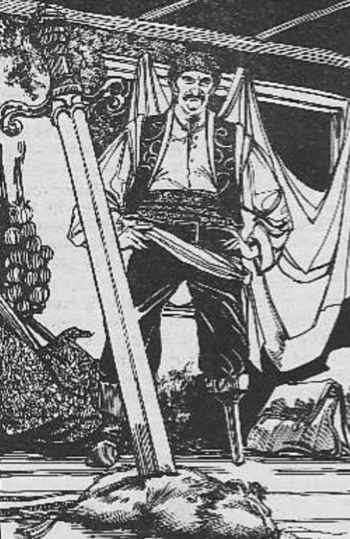 Barolo, standing behind a rat he had slain by throwing a sword. Without looking.
Appears in: Slaves of the Abyss

While seeking for a way to save Kallamehr, you happen to stumble across Barolo, your tutor and mentor during your years of training in the treacherous north lands. Unfortunately Barolo is unable to partake in the quest for Kallamehr due to losing his leg to a dragon, but he is more than eager to assist by further honing your skills as a warrior... 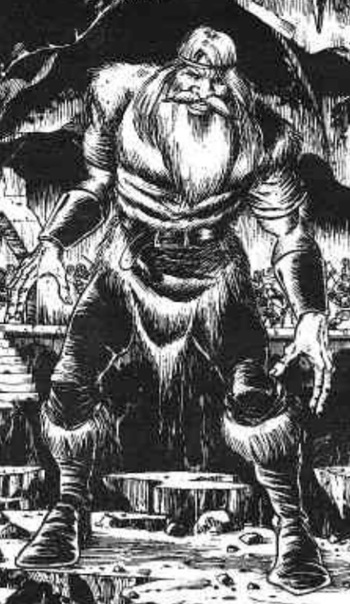 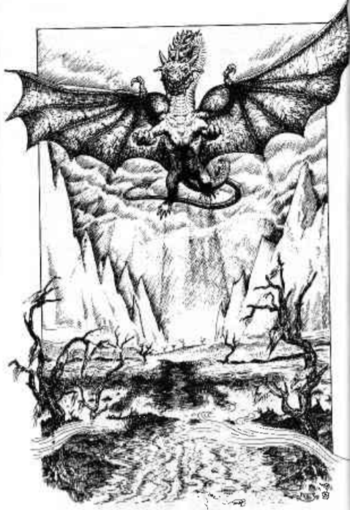 The Green Dragon, about to give you a lift to where the Conclave are gathered.
Appears in: Night Dragon

The alliance of Dragon Elders whose Legendary gathering occurs in times of great danger and emergency. In the conclave, a Dragon elder of each type, Gold, Silver, White, Black and Green forges their alliance with the humans. Only Blue Dragons are prevented from attending The Conclave by ancient bonds imposed by their master Sukh, the Storm God. The Conclave only meets when terrible dangers threaten the draconian race or even the entire world. Only such extraordinary circumstances can bring together a full Conclave, because the Dragons of Law and Chaos have no much love for each other. 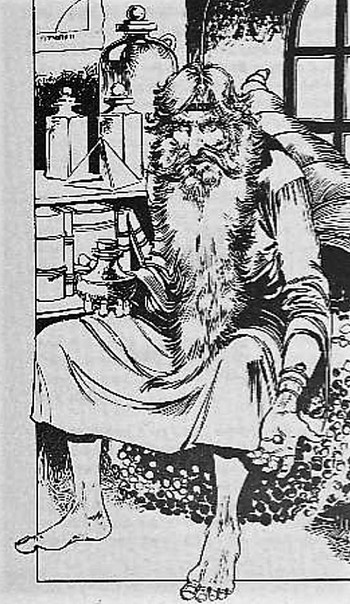 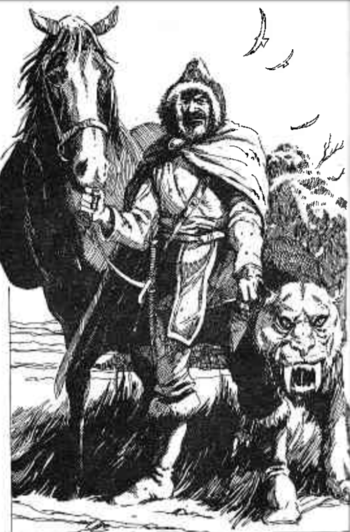 While on a quest to save your kingdom of Vymorna, you encounter this hunter and tracker, Julius Lecarte, who is on a hunting mission on his own. You accompany him for a while as you try to stay ahead of the Lizard Folk hot on your tails... 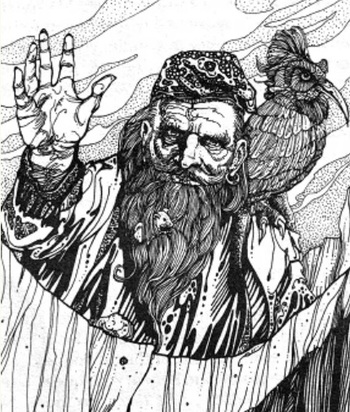 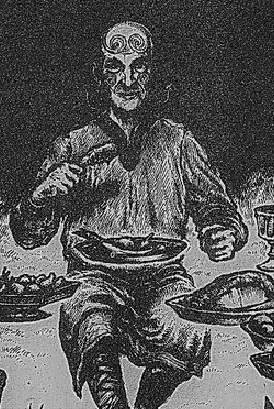 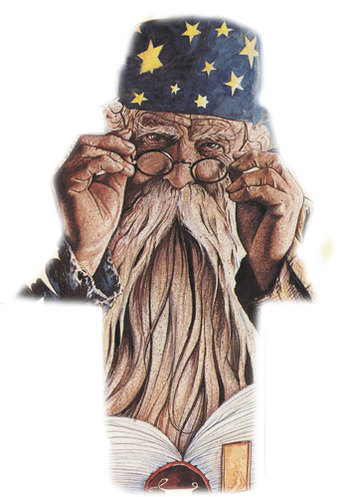 The Watcher of the Gate 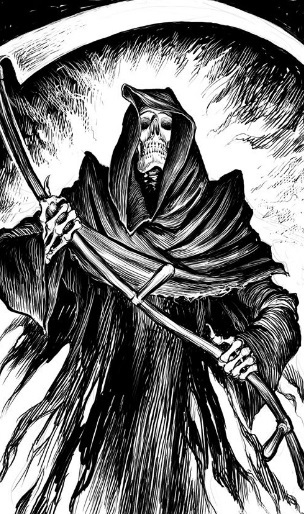 Appears in: Night of the Necromancer

The Fighting Fantasy counterpart, though identical twin would be more precise, to the Grim Reaper. The Watcher resides in the Spiritual Planes of Existence, in the Land of the Deads. As his title implies, he stands by the gates to the Afterlife, judging dead souls and sending them to their eternal reward or punishment. After you get killed by an acolyte of a Cult of Death and return as a ghost, searching for your assassin, you might meet him if you are sent beyond the Veil. Fortunately, as you were killed before your time he allows you to continue your quest. And since he loathes those who cheat death or corrupt his forces, he will help you against the Big Bad who does both.