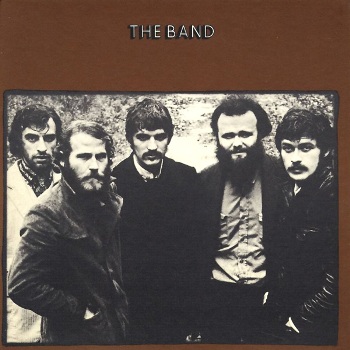 "Virgil Caine is the name and I served on the Danville train / 'Til Stoneman's cavalry came and tore up the tracks again..."
Advertisement:

The Band is the second studio album by The Band, released in 1969. It is also known by the Fan Nickname The Brown Album. It's best known for the hits "The Night They Drove Old Dixie Down", "Rag Mama Rag" and "Up on Cripple Creek".

In 2009 the record was inducted in the National Recording Registry for being "culturally, historically or aesthetically important". It was also subject of a documentary episode about the creative process behind the making of the album in the TV documentary series Classic Albums.

The Night They Wrote All These Tropes Down...