The major deities of the Celestial Court, the Upper Chamber of the Greater Deities, giving its name to the entire pantheon, the Hall of Mind regrouping the gods of emotions and spirit, and the Animal Court of the animal deities. They influence heroes all over the world and send their servants help them, acting as the greatest forces of good in activity, though less than they would like to be after having to retreat from the Earthly Planes after the apocalyptic First Battle and the Enforced Cold War against the corrupted Dark Gods...

Arn, the universe personified, and the three elder gods who sprang from him at the very Beginning and shaped all Planes of Existence, but disagreed on what to make of it. They created the Young Gods who rule Titan, but their conflict worsened shortly after the First Battle, forcing the Gods to intervene and to exile them. As of now, they lost all interest in creation and their whereabouts are totally unknown. Their very existence and role in Creation is long forgotten by almost everyone, though some of their cultists remain.
Arn 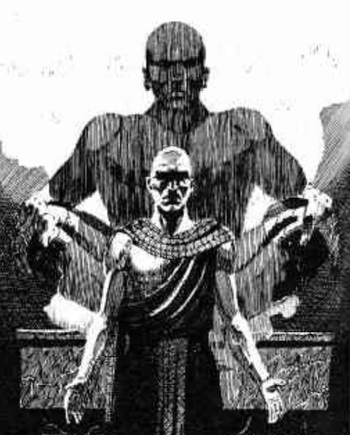 A priest of Arn before a statue representing him
The Supreme Being above everything in existence, who created the Primal Deities. Worshippers of the gods don't know about him and his role in Creation, but he is worshipped as the heart of a monotheistic religion in The Isles of Dawn, Fantasy Counterpart Culture of Medieval China.
Ashra
The Primal God of Creation and creator of the Earthly Planes. He regards Creation as perfect and refuses to change a thing.
Elim

See his entry on the Dark Gods page under Primal Deity of Destruction.

Vuh
The Primal Deity of Existence and creator of the Spiritual Planes. He agrees with Elim that creation is not perfect but agrees with Vuh in refusing to dismiss it as hopeless. All in all the most reasonable of the three.
Advertisement:

Gods of Earth and Mind

Deities created by Ashra, Vuh and Elim together, consequently among the most powerful and influential.
Hamaskis
Loogan
Sindla
Titan 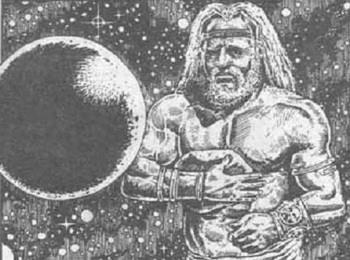 Appears in: Titan - The Fighting Fantasy World | Legend of the Shadow Warriors

The King of Gods who rules above all Planes of Existence, with the world in which the franchise takes place being named after him. He is the God of Wisdom, the creator of the Giant race, the husband of the Sun Goddess Glantanka, and the overall most powerful force of Good of the franchise.

Gods of Light and Fire 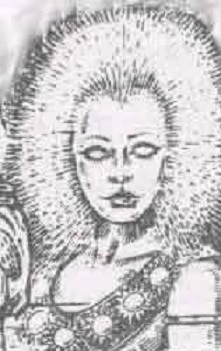 The Sun Goddess and Titan's wife, who rule the Celestial Court along with him. She created the Dragon God and imbued her power to the Gold Dragons.
Lunara 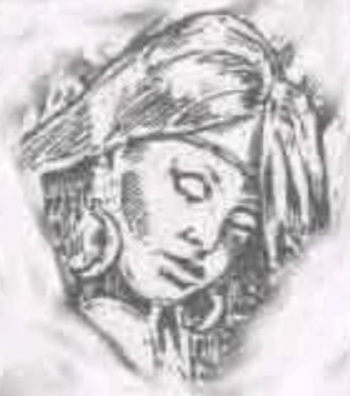 Gods of Wind and Water

Children of Titan and Glantanka