The three best students of the Great Archmage Vermithrax Moonchaser, the most famous grand master of the Wizarding School of the Forest of Yore, with little doubt the most famous and greatest in all of Titan. They owe their nickname to their prowess, and the fact that they grew into three Living Legends renowned and respected worldwide. Among the Big Goods of the franchise, Yaztromo and Nicodemus stand out as the most recurring.

They can somehow be regarded as the Good Counterpart of the Demonic Three. 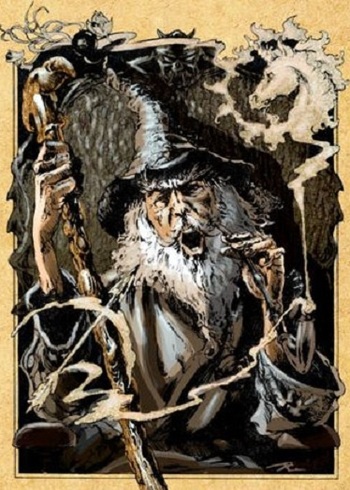 One of the most powerful and famous benevolent wizards to ever dwell Titan, and a former adventurer winning many victories against the forces of evil: Among which preventing the resurrection of three highly powerful necromancers called the Dark Ones. After a lifetime of adventures, he retired to the infamous Port Blacksand, hoping to live his remaining years in peace and tranquillity.

In City of Thieves, you must search for him to learn how to defeat Zanbar Bone, who is revealed All There in the Manual to be his old Archenemy. In Advanced Fighting Fantasy he helps you finding Xortan Throg, and later helps you investigate the mysterious rising threat of the Religion of Evil worshipping Elim. In The Port of Peril he is drugged and thrown to jail by order of Lord Azzur, and you must save him and take him with you to help against a resurrected Zanbar Bone. In The Gates of Death, he helps you after you get stranded in Port Blacksand, carrying potion that can heal the Demon Plague threatening all of Titan. 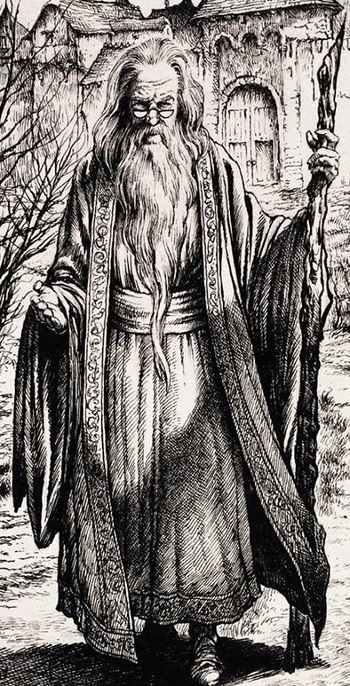 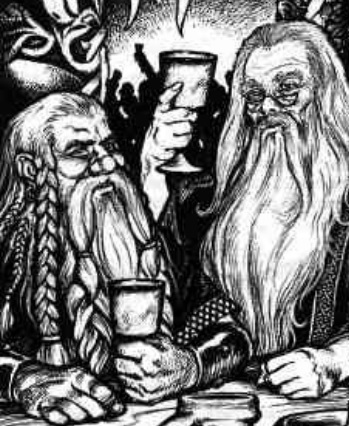 Appears in: The Forest of Doom | Temple of Terror | Crypt of the Sorcerer | Phantoms of Fear |The Trolltooth Wars | Demonstealer | Shadowmaster | Return to Firetop Mountain | Legend of Zagor | The Zagor Chronicles | Allansia | The Port of Peril | Eye of the Dragon (cameo)

A crotchety old wizard who lives in a tower close to Darkwood Forest and makes a living selling magical trinkets. Behind his Grumpy Old Man persona, he is a tireless foe of evil. You will meet him in many gamebooks, either as a Cameo or playing a significant role, but always a reliable source of help and wisdom.

He is a major characters in the novels Trolltooth Wars, Demonstealer and Shadowmaster, being close friends with The Hero Chadda Darkmane. He even personally takes part in the quest instead of being the Big Good like he usually does. 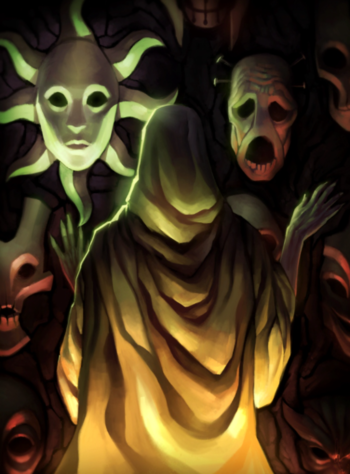 Picture from the computer game. That's the most you'll see of him. And you meet him in person.
Appears in: Caverns of the Snow Witch