Characters / Day of the Tentacle 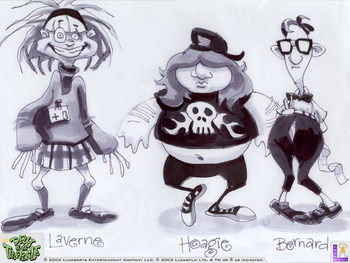 The protagonists and playable characters, and ostensible heroes of the game (such as they are): Bernard Bernoulli, returning to the mansion once again, and his two roommates Laverne and Hoagie, who really don't know what they're getting into. 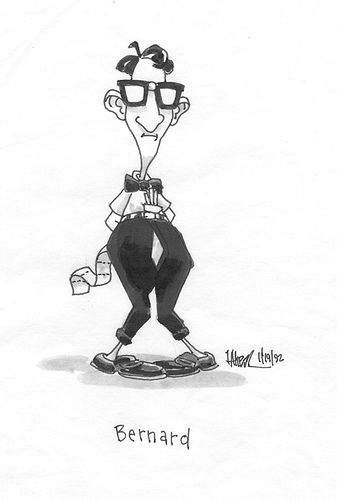 An archetypal specs, high pants, and pocket protector nerd. Returning from the previous game, he unknowingly sets free a mutated power-hungry Tentacle and must save the world with his friends.

For his portrayal in Maniac Mansion, see that game's character page. 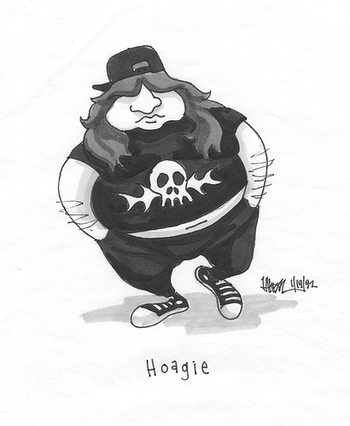 The roadie for a heavy metal band (implied to be one started by Syd and Razor from the first game). The most laidback of the three. 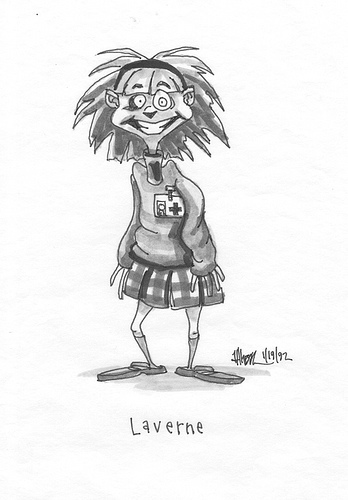 A medical student and a spindly, spaced-out maniac, with an inappropriate laugh and deeply unsettling smile.

Mad Scientist Dr. Fred and his Big, Screwed-Up Family, the longtime owners of the mansion at the center of both games. No longer brainwashed by the first game's Meteor, they've converted the mansion into a hotel. 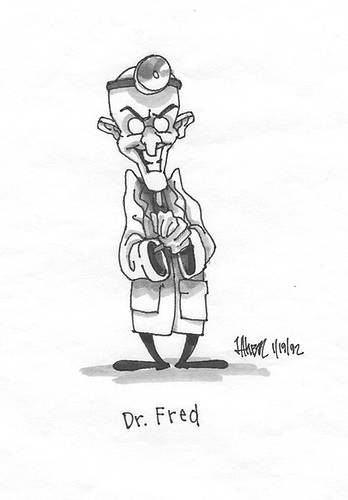 A Mad Scientist who's the owner of the Edisons' manor. Canonically friendly-ish with Bernard, since Bernard is one of the three kids who helped rescue the Edisons and save the world from the first game's dastardly mind-controlling meteor. 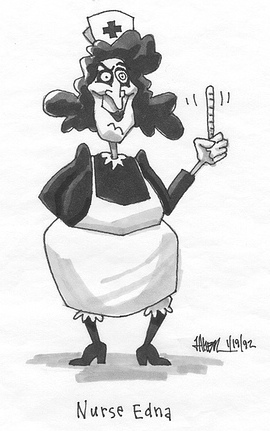 Dr. Fred Edison's wife and Ed Edison's mother. Keeps surveillance of the mansion which has been converted into a hotel. Not nearly as threatening as she was in the previous game. 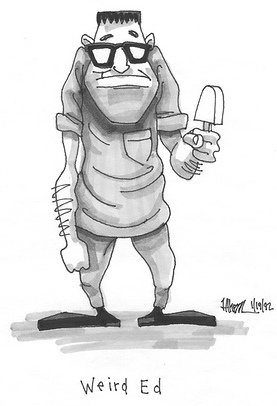 Dr. Fred and Nurse Edna’s son. Used to be a huge paramilitary nut, but he hasn’t been the same since his hamster got blown up in a microwave.

He's dead and mummified and has been for hundreds of years, but still a member of the Edison household.

Dr. Fred's ancestors from the 18th Century. They are twins who chose to pursue an artistic career instead of practicing science, much to their father's chagrin.

Disembodied tentacles kept by the Edisons as pets/roommates. In the Bad Future, tentacles become the dominant species, displacing humanity after Purple takes over the world.

Formerly one of the Edison's pet tentacles, until he drank toxic sludge which mutated him into a supergenius intent on taking over the world.

The friendlier of the original two tentacles. In a band. Friends with Bernard.

An extremely effeminate and obnoxious human contest participant that Laverne meets in the future. He's a shoe-in for the contest, and Laverne has to find a way to keep him from winning.

A man in the parking lot who is desperately trying to break into a broken-down car with a crowbar.