Characters who appear in Beyond: Two Souls. 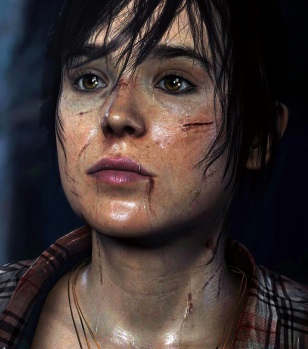 Voiced by: Elliot Page
"I was born with a gift, or what they called a gift. It was really a curse. It's ruined my life. It made me the person that I am today, a freak, a mistake, someone to hate."

The protagonist, a young woman who is bound to a spectral entity named Aiden and has endured much pain and suffering because of it. 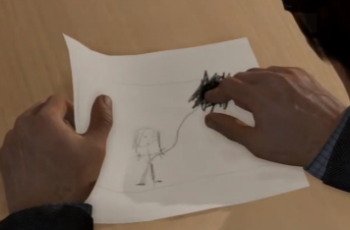 The spiritual entity that has been connected to Jodie since birth. 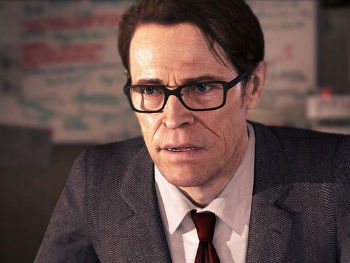 A government researcher who becomes a surrogate father figure to Jodie. 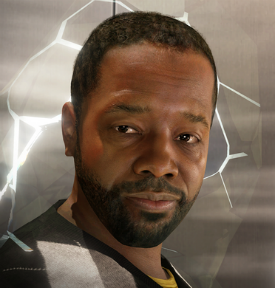 A scientist who assists Nathan, and is loyal to Jodie no matter what. 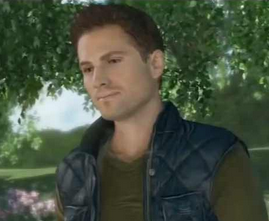 Four homeless people who take Jodie in during "Homeless". Walter is a drunk, Jimmy is a drug addict and Tuesday is a pregnant woman who fled from an abusive boyfriend. Stan, the man who saved Jodie, lost everything after his wife's death.

A Navajo family, living on a ranch in the American desert. They are patriarch Paul, his young adult sons Cory and Jay, and his elderly mother Shimasani.

Tuesday's daughter, whom Jodie can help bring into the world.

A kid whom Jodie finds injured during her assassination mission in Africa, and later befriends and protects along the course of her objective. To Jodie's horrified realization, she unknowingly murders Salim's father after Aiden possesses his body in order to complete her mission.

The CIA General overseeing the DPA's research, specifically the Infraworld. McGrath] has been responsible for funding the Infraworld Condenser project, providing that it be used to seek both mineral wealth and military purposes.

Five teenagers celebrating a birthday party. All of them are children of research or military personnel working for the DPA.

Jodie's adopted parents. Susan cares for Jodie, and is concerned about her problems with Aiden, while Phillip is afraid of her and has short patience with her because of him. They drop Jodie off under Nathan's care at the DPA, who raised Jodie from then on as part of a deal made with them.

A woman Jodie sees in a vision while comatose in the hospital after a head injury. It turns out that she is Jodie's biological mother and a psychically gifted human who worked with the DPA. She was committed to a psychiatric facility after her daughter was taken from her and adopted by the Holmes, and was given a drug cocktail of some kind which rendered her catatonic.