This is the Characters page for Twelve Forever. 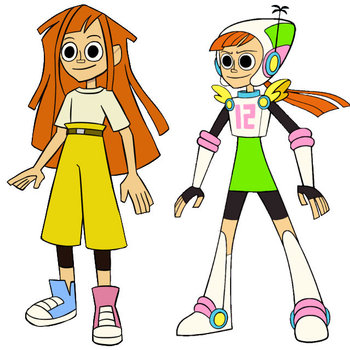 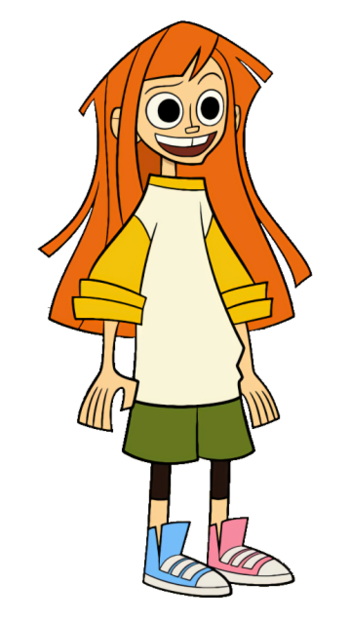 Reggie is a recently turned 12-year-old girl who is stubbornly refusing to grow up and act her age. 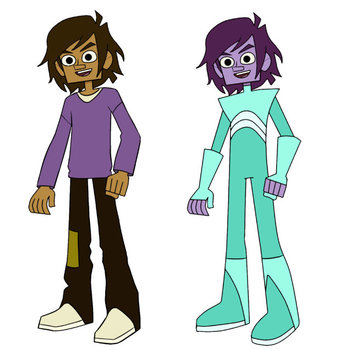 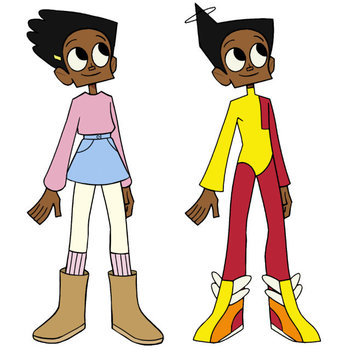 Voiced by: Jaylen Barron
The new girl at school desperate to be friends with Reggie no matter what.

Gwen
Voiced by: Ashley Boettcher
A girl that Todd has a crush on.
Conelly 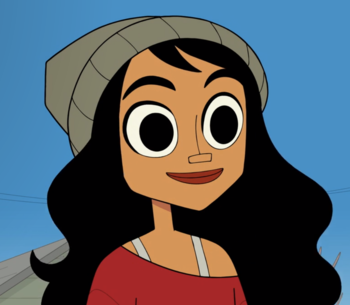 Voiced by: Stephanie Beatriz
A cool eighth-grade girl who films movies behind the school.

Brown Roger
Once Reggie's oldest childhood toy, he comes to life after she brings him to Endless Island.
Mack and Beefhouse
Voiced by: Steve Agee (both of them)
The world's strongest couple. They were orignally Reggie's toys that she brought to life after burying them on Endless Island.
Flaps
Voiced by: Kelsey Abbott
An orange octopus with wings that spits out weapons.
Mermaid Johnson
One of Reggie's toys that she brought to life. A fish with a human head on the side
Guy Pleasant
Voiced by: Noel Fielding
A resident of Endless created by Todd in order to replace his older brother who went to college. He is a music player and a womanizer who doesn't help Todd at all.
Sadmantha
Voiced by: Amy Sedaris
A resident that was created when a flower swallowed Reggie's old music box. She's always sad and thinking of the worst outcomes.

Captain Elmer
Voiced by: Paul Williams
A resident of the realm Endless Island inhabits who visits the island in "Stranger Forever".

Butt Witch
Voiced by: Matt Berry
The main antagonist of the series, a feminine-looking entity given form when Reggie's puberty books were tossed into Endless Island's volcano.
Big Deal
Voiced by: Steve Agee
A bat-like resident of Endless Island. He is the only islander to join up with the Butt Witch, only due to falling in love with her.