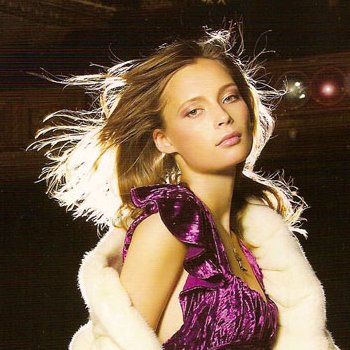 A cool breeze makes this pretty lady even hotter.
"Do you see this? Do you see this wind? This is Revlon Wind, okay? It makes me look even hotter than usual."
— Mina, Sailor Moon Abridged
Advertisement:

The Hot Wind (also known as the Mystic Hot Girl Wind or the Wind of Sexy) is generated by the first appearance of a particularly attractive (usually female) character. When she walks in, a mysterious breeze tousles her hair and clothing in the most fetching way possible. Usually, this all happens in Slow Motion.

A Sub-Trope of Dramatic Wind. Compare the Marilyn Maneuver.

Not to be confused with actual hot winds like Foehn or Santa Ana winds, or any reputed physiological or psychological effects surrounding the same.