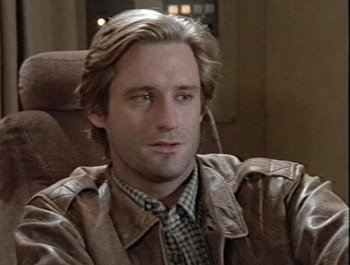 Played by: Bill Pullman
Voiced in French by: Thierry Ragueneau

The main protagonist. Along with his best friend Barf, Starr is a mercenary flying through space in a Winnebago mobile home. Trapped by crippling debts to an interstellar mob, a way out comes when Princess Vespa flees from Druidia, and the pair get themselves expensively hired by her father to rescue her from the Spaceballs. 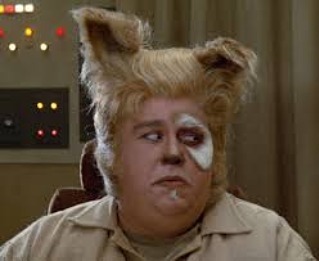 Played by: John Candy
Voiced in French by: Richard Darbois

Lone Starr's sidekick. He's a mawg; a half-man, half-dognote He's his own best friend. He and Starr are hired by King Roland to save Princess Vespa, as a way to get out of their debts to the mob. 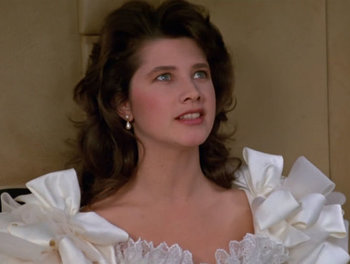 Played by: Daphne Zuniga
Voiced in French by: Virginie Ledieu

The spoiled princess of Druidia who flees the planet on her wedding day, only to be targeted by the Spaceballs. Lone Starr and Barf are hired to rescue her and bring her home safely. 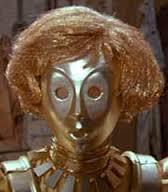 Princess Vespa's robot handmaiden, who gets dragged along (literally) as the princess flees her wedding. 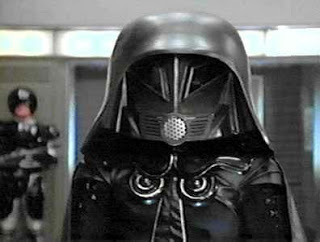 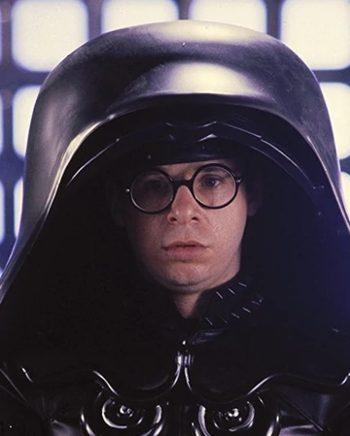 Played by: Rick Moranis
Voiced in French by: Luq Hamet

The main antagonist, and a high-ranking officer among the Spaceballs. He has been tasked by President Skroob to kidnap Princess Vespa and hold her at ransom, with the ultimate goal of opening Druidia's air-shield so the Spaceballs can steal the planet's oxygen for themselves.

Played by: George Wyner
Voiced in French by: Jacques Frantz

The commanding officer of Spaceball I, and Dark Helmet's immediate subordinate.

Played by: Mel Brooks
Voiced in French by: Roger Carel

The president of Planet Spaceball.

Spaceball One's radar system operator who has a habit of mimicking the sound effects of his equipment.

A pair of cross-eyed cousins serving on Spaceball One. 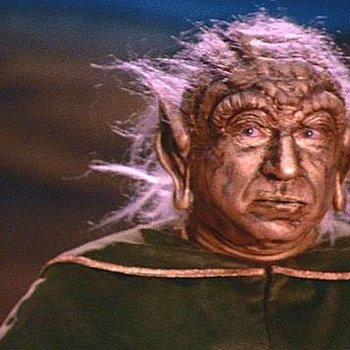 Played by: Mel Brooks
Voiced in French by: Serge Lhorca

The "Everlasting Know-It-All", Yogurt is a reclusive, kindly mystic who teaches Lone Starr the way of "The Schwartz." 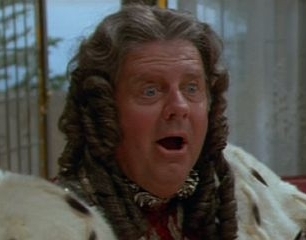 The King of Druidia and father of Princess Vespa. 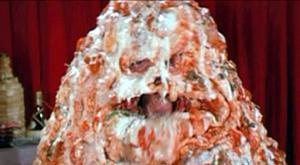 Played by: Dom DeLuise
Voiced in French by: Henry Djanik

A space gangster. Part man, part pizza. Lone Starr and Barf owe him a hundred-thousand spacebucks, which Pizza abruptly ramps up to a million and tells them he wants the money by tomorrow, or else. 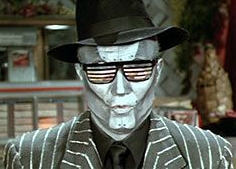 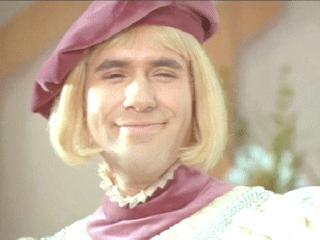 The last prince left in the galaxy, and Princess Vespa's intended groom. He's a narcoleptic who doesn't talk much, mostly because he ends up just yawning instead.