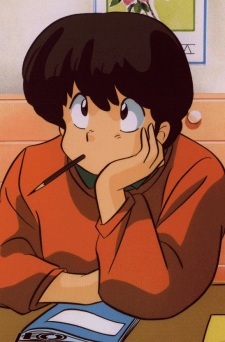 The protagonist of the series. He lives in Room 5. He is a poor 20-year-old ronin studying for his college entrance exams after failing in the past year. He is madly in love with Kyoko. 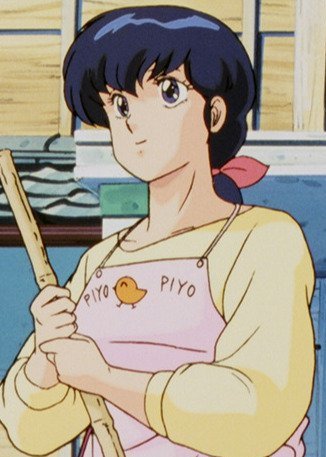 The female protagonist of the series. She is a beautiful, 22-year-old widow who takes on the task of managing a broken-down boarding house. She lives in the manager's room. 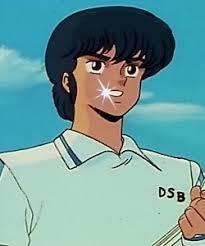 A wealthy, educated young man who hails from an elite family. Mitaka works as a ladies' tennis coach more out of love for the sport than any need for financial support. 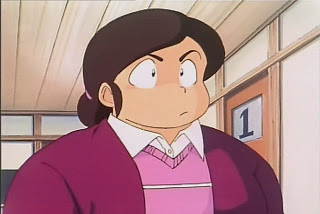 A short, middle-aged woman who is rarely seen sober. She lives with her husband and her son, Kentaro, in Room 1. 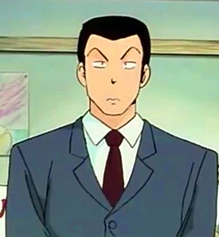 A mysterious man who finds enjoyment in mooching, voyeurism, and generally tormenting his next-door neighbor Godai. He lives in Room 4. 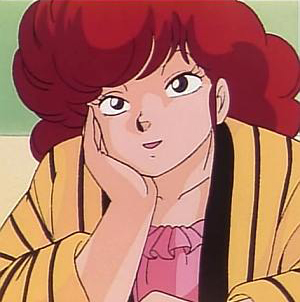 A boozy bar hostess who is usually known to lounge around wearing skimpy lingerie clothing while hanging around Ikkoku. She lives in Room 6 and works a short distance away in a bar named Cha-Cha Maru. 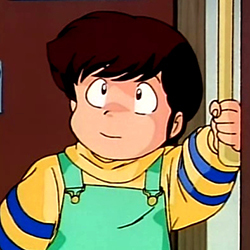 Hanae's son. He is a grade-school-aged brat, generally seen trying to get between his mother and her bottle. 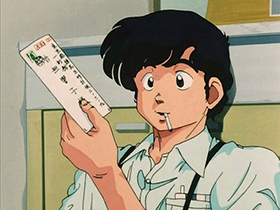 Originally intending to move into an upscale establishment called "Rikkoku-kan", a typographical error on the lease papers brings him to Maison Ikkoku relatively late into the story as an accidental tenant. He led a relatively sheltered life before entering the story, and he moved into Maison Ikkoku as he started college against the wishes of his protective mother. 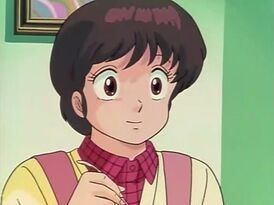 Godai's steady date and generally serves as an obstacle for him in his pursuit of Kyoko. 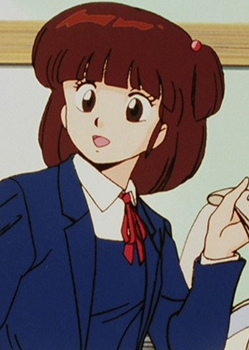 A high school student who develops a crush on Godai while he works as a student-teacher. 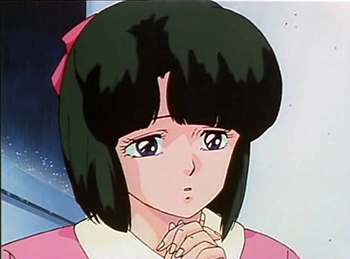 A classically demure Japanese maiden from a wealthy family. Her family and Shun's uncle have arranged a traditional Japanese marriage between her and Shun (against Shun's wishes). 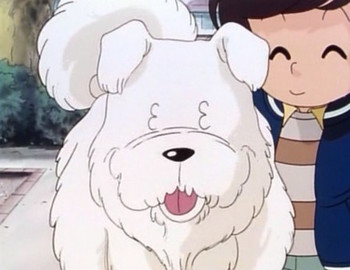 Kyoko's dog. He is a large and white Samoyed dog that was found as a stray by Soichiro Otonashi, Kyoko's late husband. 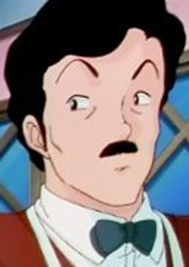 Akemi's boss. He tolerates Akemi's obvious incompetence as a waitress because his feelings for her are more than just that of a boss to an employee. 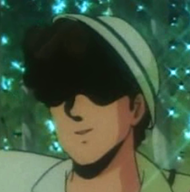