Main Character Index: The Light | The Legion of Doom | The League of Assassins (The White Glove | The Black Glove | The Foot Clan) | H.I.V.E. | The Rogues | The Organized Crime of Gotham (The Masterminds and Allies) | The Salvation Syndicate | The House of Zod | The Cadre of the Immortal | Apokalypse | Demons and Devils | Extraterrestrial Villains | Supernatural Villains | Other Villains 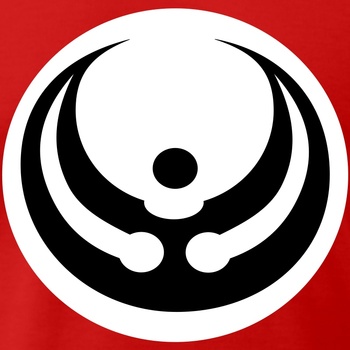 The man known as Ra's al Ghul ("The Head of the Demon" in an archaic dialect of Arabic, known internally as lisan alqatala) founded the organization in the mid-14th century. Ra's had been a physician by trade but revenge against the murderers of his wife Sora and a near-drowning in a Lazarus Pit had propelled him on a different path.

Rumor has it that Ra's al Ghul's father or grandfather had once been an Asāsīyūn commander of a citadel belonging to the Nizari Ismailis and had escaped the mongol invasions that had killed many of his comrades. While he had seemingly escaped from a violent end and carried out a more peaceful existence, it is possible he taught his son the ways of the Asāsīyūn or Ra's learned of this through study of his father's journals after his passing. Whether these rumors are the truth of the matter or not, Ra's al Ghul chose to found an organization to be the spiritual successor to the Order of the Asāsīyūn.

Originally known as the Safinat Dakhma, the early League of Assassins took over a small city after murdering the bandits who had once used the city as their base of operations. This city was used as a temporary base and staging area for the construction of new citadel in the nearby mountain wilderness. This was a fortification which would take many years to complete but once finished it would serve as the first true bastion of the order, a palace built atop a Lazarus Pit.

From here, Ra's al Ghul's Safinat Dakhma began to grow and expand. Scouts were sent out to other remote locations on order of Ra's al Ghul, using carefully calculated instructions and the dreams induced by Pit vapors to seek out other Pits and secure possession of them, either through violence, obfuscation, or legitimate channels. If a Pit could not be secured, it was often instead destroyed to ensure it did not fall into the hands of their enemies.

To finance this growth, Ra's al Ghul had made political alliances by conducting deals brokered in blood, selling the services of the League's assassins to Heads of State and warlords. Expanding into European Renaissance, Ra's made himself an illicit friend to many courts, most eager to give him wealth and power just to mitigate the chance that Ra's al Ghul would entertain an offer from their enemies.

While his followers lived and died, Ra's al Ghul survived, nourished by the Lazarus Pits. This apparent immortality made him a legend, which both helped draw some to the cause and also helped shroud the League of Assassins in mystery, causing some to believe they were nothing more than a boogeyman tale told to frighten small children into behaving.

In the late 17th or early 18th century, Ra's al Ghul had an affair with a Japanese woman. The product of this affair was his daughter Talia al Ghul. Within a half-century, Ra's al Ghul's affairs had produced another daughter, this one from Russia. These two were the first known children of Ra's al Ghul which were allowed use of his prized Lazarus Pits and eventually both began to compete with one another for stewardship of the League. Instead of choosing one to be his chief subordinate, Ra's elected to divide the League into two halves: naming Talia the White Hand of the Demon and overseeing the order of the White Glove while Nyssa became the Black Hand of the Demon and commanded the Black Glove.

Talia's White Glove handled the business of managing wealth, construction, property acquisition and retention, and contract assassinations; but Nyssa's Black Glove oversaw security and acquisition of relics and Lazarus Pits, study of the occult, and the assassinations which were deemed necessary for the greater good. Ra's al Ghul himself chose to keep personal oversight of the League's training camps. This arrangement not only kept Talia and Nyssa from internal competition for the time, but it allowed the League to grow even larger and more powerful.

Head of the Demon 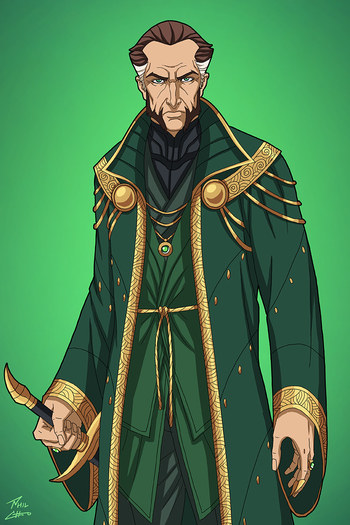 Probably the biggest threat to the world in Batman's Rogues Gallery, Ra's Al Ghul (Arabic for "The Demon's Head", and pronounced "Raysh Al-Ghool" or "Rahz Al-Ghool" depending on the adaptation) is a centuries-old man who leads an enormous international terrorist organization known as DEMON (as well as the League of Assassins). Unlike most of the other Bat-rogues, he is actually quite cultured and polite, if ruthless, and genuinely believes his goals to be noble. Of course, since his goal is to "purify" the world by killing off ninety percent of its population, Batman disagrees.

With the assistance of the mysterious Lazarus Pits, Ra's has achieved limited immortality, as they rejuvenate him every time he takes a dip. Such a practice has allowed him to live centuries, if not millennia, and he's taken advantage of such a long lifespan to master swordsmanship, war strategies, various fighting styles, and many other skills.

Hands of the Demon 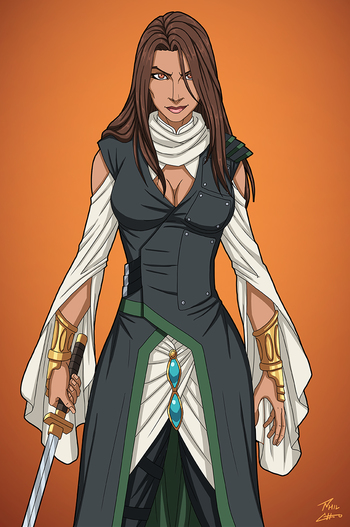 The eldest daughter of Ra's al Ghul, she was the product of either a forceful or romantic encounter between her mother and Ra's al Ghul himself and after Talia’s birth, her mother either died due to complications or was killed by Ra’s al Ghul. Despite her father being opposed to the Dark Knight, Talia finds herself in love with him, and is often torn between loyalty towards her father and her love for Batman. She's normally not above co-operating with Batman if it would serve her own ends, yet has firmer ties to the rest of The DCU villain community than her father, even taking over for Lex Luthor as CEO of LuthorCorp upon his election as president.

Talia has severed ties with Bruce, but is still infatuated with him, and has recently returned to Batman's life to let him know that he owes roughly years' worth of child support payments. 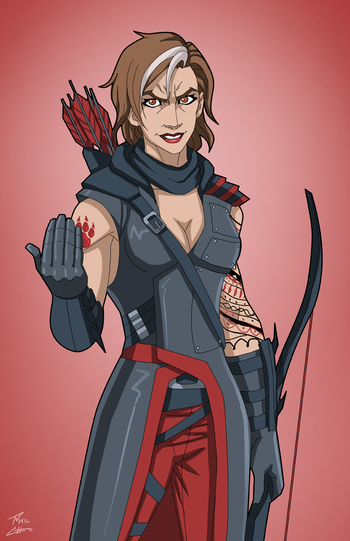 The youngest daughter of Ra's Al Ghul, she was born in Russia, during one of three periods of the 18th century when Ra's spent significant time in the Russian court, currying favors and killing time while the seeds he planted in France incited revolution. Much like her half-sister, Talia, it ist unknown who exactly Nyssa’s mother was, except that her last name was Raatko as that is a name Nyssa had until she was a young woman and managed to finally meet her father after tracking him down to a League camp in North Africa. When her training as an assassin was completed, Ra’s promoted her to a position similar to that held by Talia. As the left hand associate, to Talia’s place on Ra’s al Ghul’s right, Nyssa accompanied her father and half-sister during their adventures.

Years later she met Oliver Queen after she invested in him due to the prophetic nature of his abduction and his eyes having turned green when exposed to the Lazarus pit as she believed in some of her mad scribbling which foretold of a person called "Ahkdir" (Green) being of great importance to the League. The two became involved in sexual relationship almost immediately and eventually, Ra’s al Ghul approved for his daughter to marry Oliver. 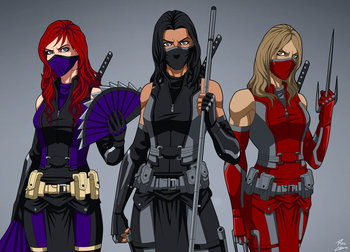 Heart of the Demon

Feet of the Demon 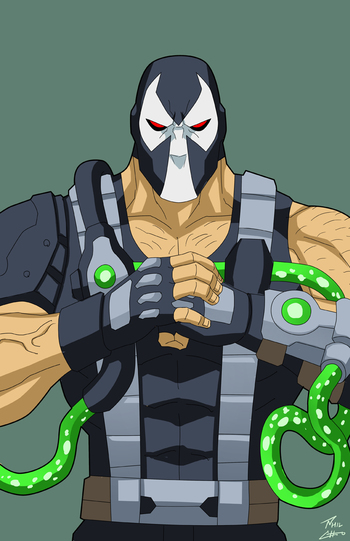 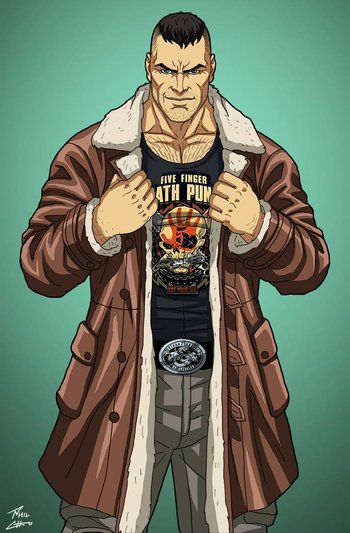 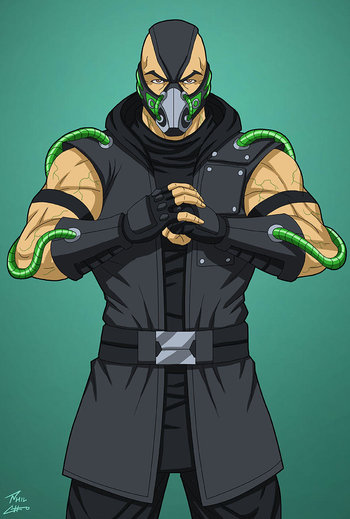 Forced to serve a life sentence for the crimes of his father, Bane was born and raised in the underground prison, Peña Duro in Santa Prisca. There, he forged himself into the pinnacle of physical and mental potential all without seeing the light of day. Joining the League and Assassins as "Abaddon", Bane challenged Batman and became famous as "The Man Who Broke the Bat". 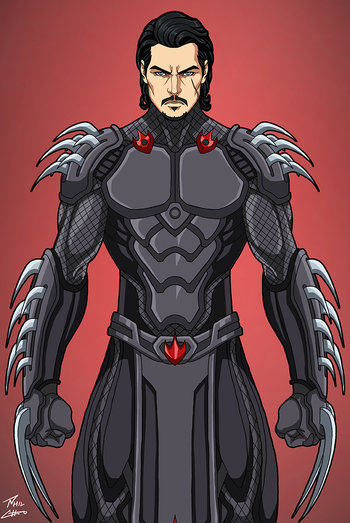 See the The Foot Clan page 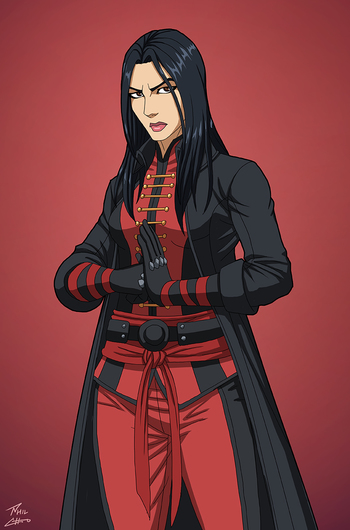 Lady Shiva is most likely the deadliest assassin of the league and rival of Ricardo Diaz and Black Canary. Having dedicated her life to the study of combat, she is a human weapon living for the thrill of a good fight. Her daughter is the vigilante Cassandra Cain, who she conceived with assassin David Cain as the perfect warrior. 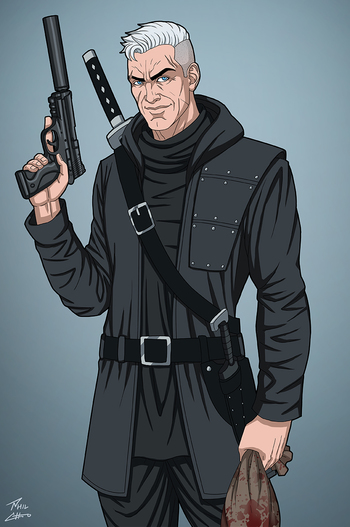 One of the league's respected masters and a notoriously deadly assassin. 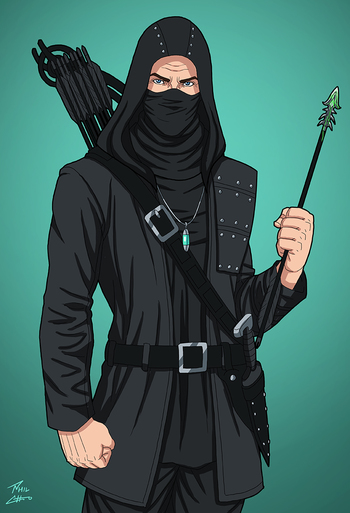 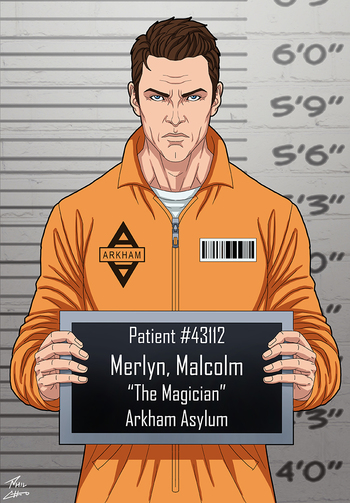 The son of Nyssa al Ghul, father of Thea Queen and Tommy Merlyn, and a member of the League of Assassins. He's known as "The Magician" or "Sharpshooter" and is the one of the greatest assassins in the DC Universe. 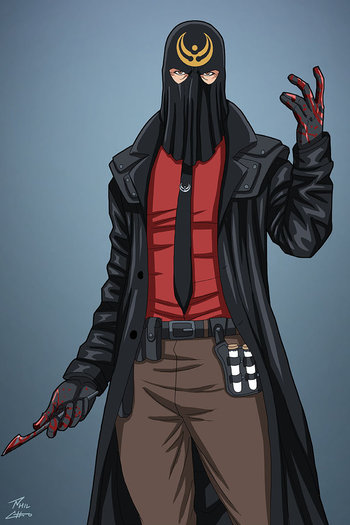 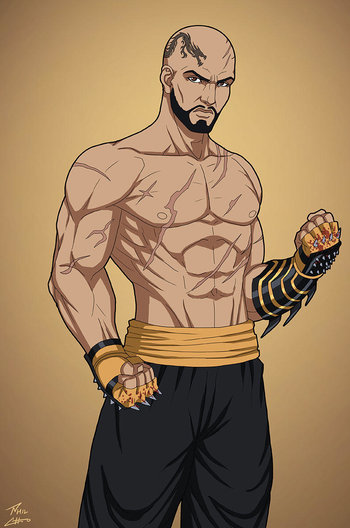 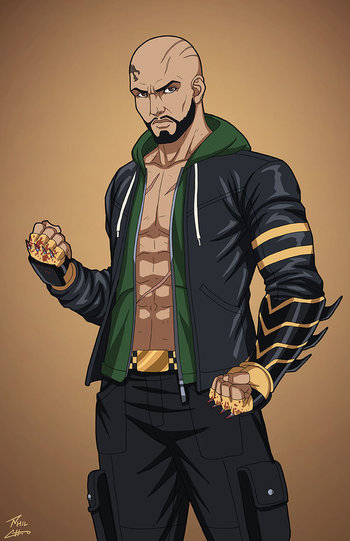 Former apprentice of O-Sensei, Ricardo is one of greatest martial artists of the world along with his close friends Ben Turner and Sandra Wu-San. 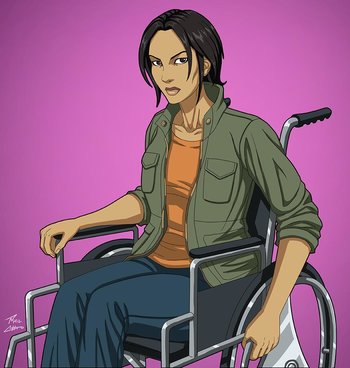 Paula Nguyen, is the wheelchair-bound mother of Artemis and Cheshire, wife of Sportsmaster, and devout disciple of Ra's al Ghul. Paula was one of Nyssa al Ghul's personal handmaidens and a logistic coordinator of American activities. 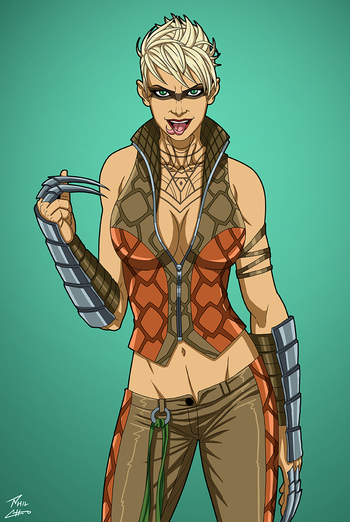 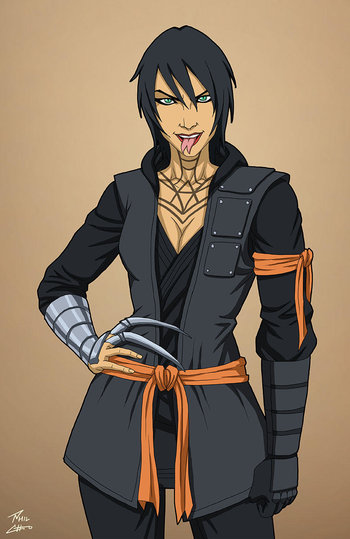 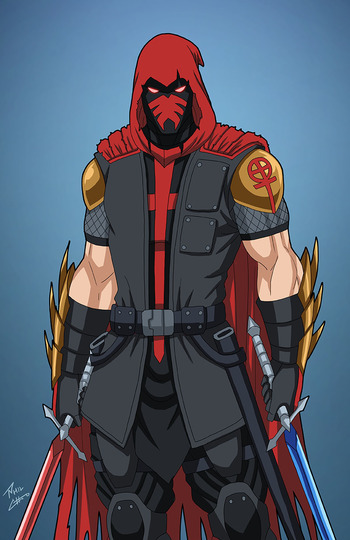 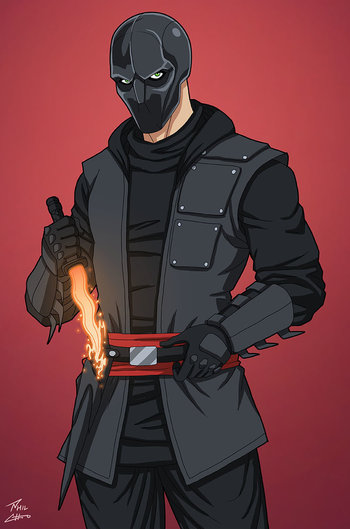 See the The Bat Family page