Darkseid and his Inner Circle 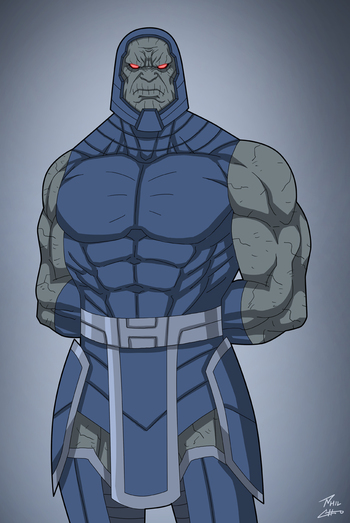 Worshipped as the "God of Evil", Darkseid is one of the most powerful beings in existence and the supreme monarch of planet Apokalypse. 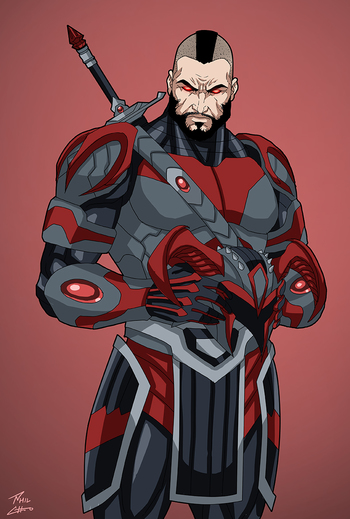 Steppenwolf is one of Darkseid's elite soldiers and his uncle, as he's is one of Darkseid's most loyal and trusted servants, primarily because he has no interest in ruling Apokalypse, he much prefers hunting and leading the Parademons. He's the ex-husband of Diana and the father of Aresia Lowell aka Fury.

Kalibak, is the first born son of Apokalypse's evil leader Darkseid, serving as his father's second-in-command. Kalibak is known for his brutal fighting style, gaining the nickname "Kalibak the Cruel". His greatest wish is to prove himself a worthy heir to his father, but that will never happen, considering the kind of person his father is. 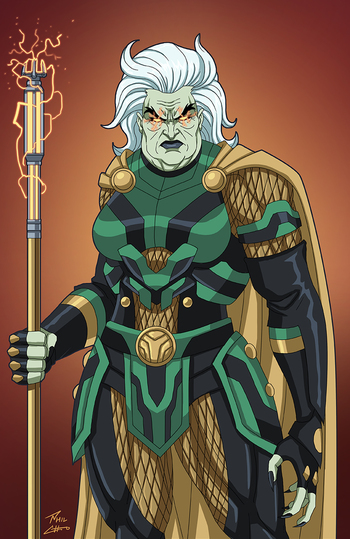 One of the residents of Apokalypse, Granny Goodness is in charge of training (sometimes through brainwashing) new soldiers for Darkseid's forces. She leads the Furious Females. 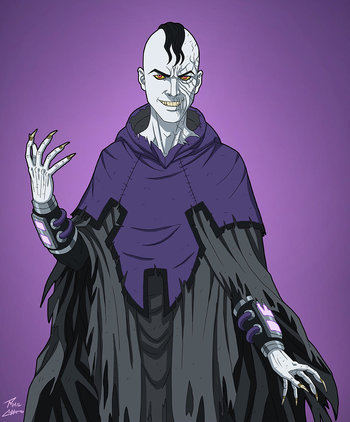 A sadist, torturer and Coward. Treacherous Desaad is all of these things, and chief counselor to Darkseid. He oversees the day to day operations of Apokolips with a cruel hand. 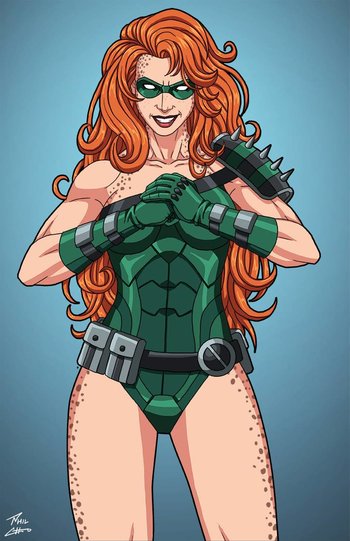 See the Secret Six
Lashina
Co-field leader of the Furies. She also works undercover as a prostitute when Granny Goodness requires it.
Gilotina
Her swords, and karate chops, can slice through any matter like a hot knife through butter.
Sister Stomp
Maiden Mad
A psycho with razor-sharp claws.
Temiz
The Furies' resident archer.
Bloodseeker
A vampire that can control her victims and use telekinesis. 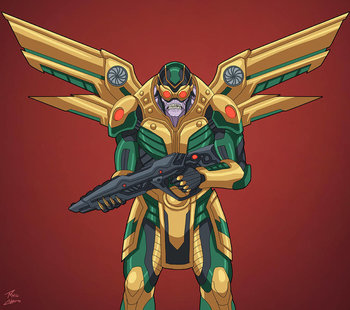 The normal shock troopers and foot soldiers of Darkseid. 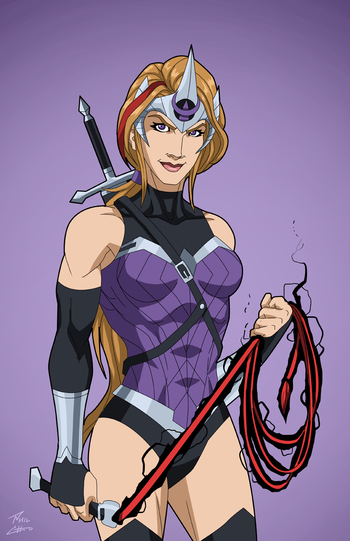 See the The Salvation Syndicate