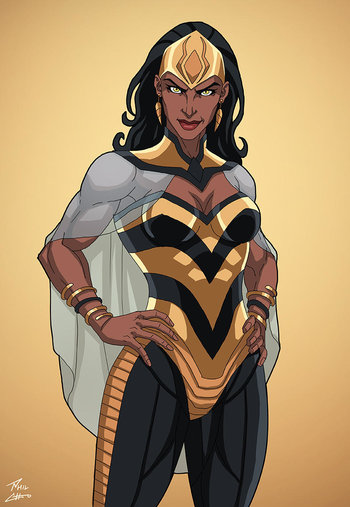 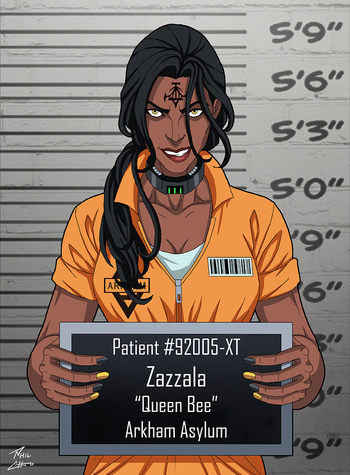 Ruler of an intergalactic bee hive that lives to spread her race and leader of H.I.V.E., with the power to manipulate pheromones to control people based on their attraction to women. She's also crime lord from the Qurac-inspired nation of Bialya. 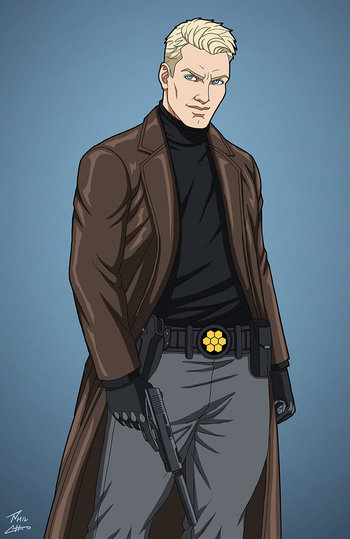 A mysterious and elusive man with great ambitions. He is extremely well-connected, possessing both a charismatic personality and a genius intellect. He possesses mysterious mystical abilities apparently originating from a blood ritual. 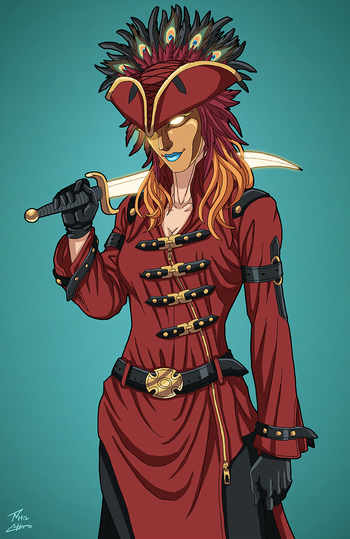 Psimon (Simon Jones)
Psimon is a psychic enemy of the Titans. He has worked solo on a number of occasions, as well as being a part of the Fearsome Five.
Penelope Lord
Fang Zhifu 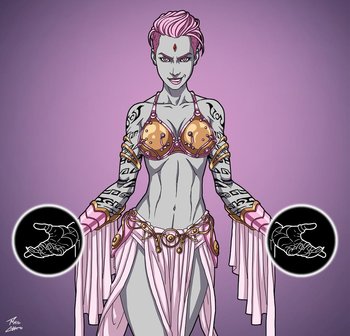 Jinx is an East Indian infernal sorceress who can use her magical abilities for a variety of effects. She is a member of the Fearsome Five, and part of H.I.V.E.