Main Character Index: The Light | The Legion of Doom | The League of Assassins (The White Glove | The Black Glove | The Foot Clan) | The Rogues | H.I.V.E. | The Organized Crime of Gotham (The Masterminds) | The Salvation Syndicate | The House of Zod | The Cadre of the Immortal | Apokalypse | Demons and Devils | Extraterrestrial Villains | Supernatural Villains | Other Villains

The Masterminds are a confederation of criminal elements that collectively rule most of Gotham, having seized up most of the power that was once held by Carmine Falcone and Sal Maroni. The Masterminds are mostly free to run their own operation as they see fit but meet together as needed to work through internal disputes or conduct other business.

open/close all folders
The Joker 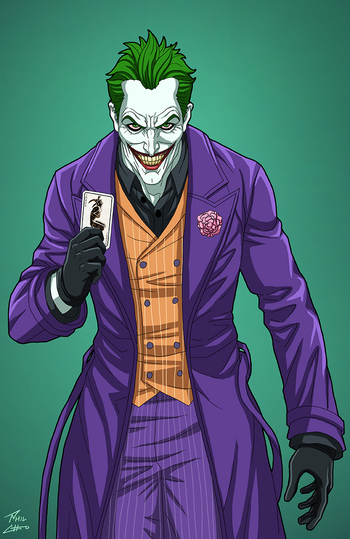 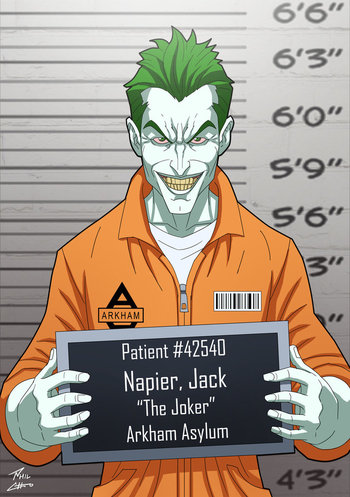 The Joker, Clown Prince of Crime, is Batman's known arch-nemesis. An agent of chaos known for his malicious plots, wacky gadgets and insidious smile, he has caused Batman more suffering than any other villain he has ever faced. 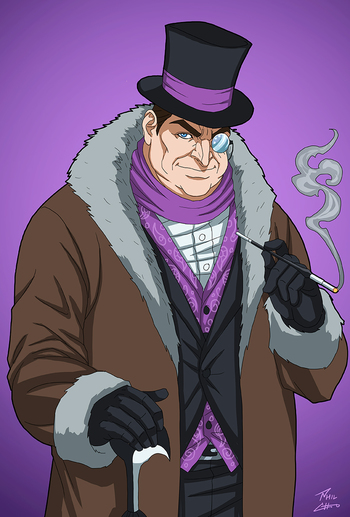 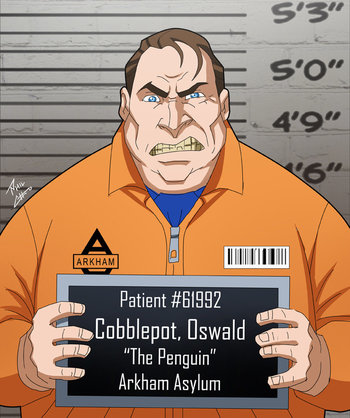 Intelligent, rich and sophisticated; Oswald Chesterfield Cobblepot puts up a gentlemanly front, but behind closed doors he is the angered, power hungry criminal known as The Penguin. 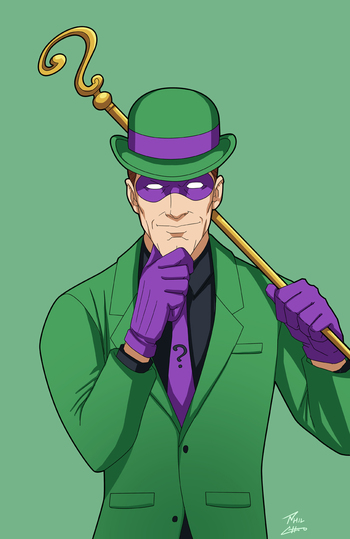 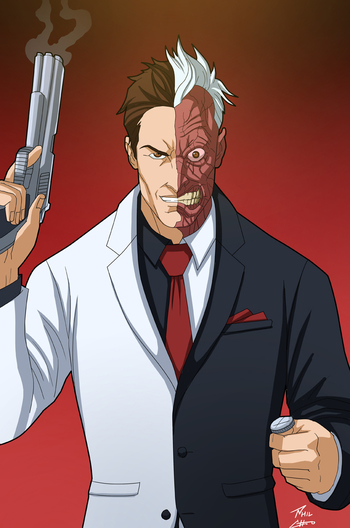 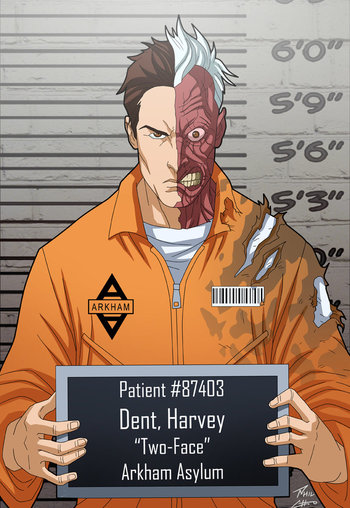 Formerly the D.A. of Gotham City, Harvey Dent was a friend of Bruce until he had acid thrown onto the left side of his face by the Joker, scarring him for life. The incident drove Harvey insane and he became Two-Face, obsessed with chance and always carrying a double-headed coin, which he flips to determine his every decision. 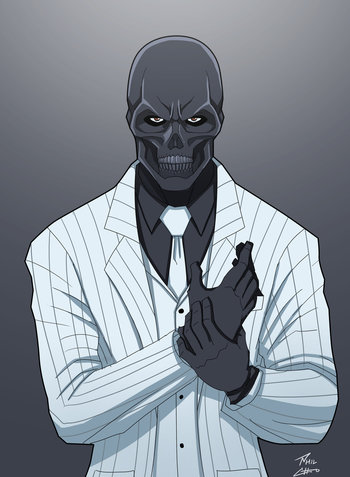 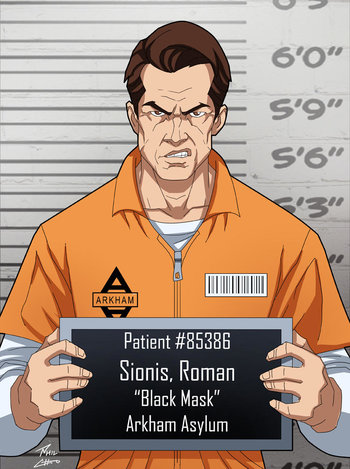 A ruthless Gotham mob boss and leader of the False Face Society, known for his extreme hatred for Bruce Wayne and sadistic talent for torturing his victims. 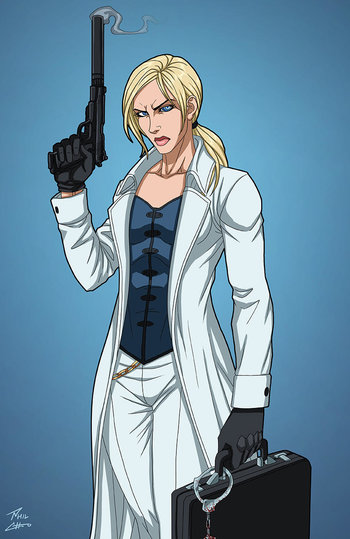 A crime boss in Gotham City who runs the Odessa mob. She lost an eye at some point but is easily recognizable by the distinctive blue gem in her eye socket.
Ignatius Ogilvy 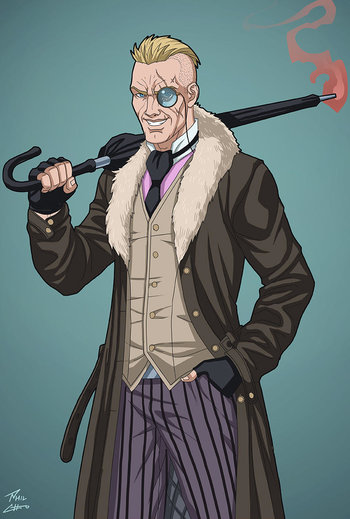 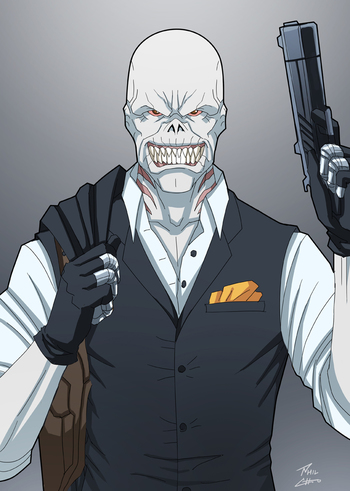 A crooked financier who pleaded insanity to escape a prison sentence, Warren White was sent to Arkham Asylum where he was scarred, mutilated, and gradually driven insane by the other inmates. 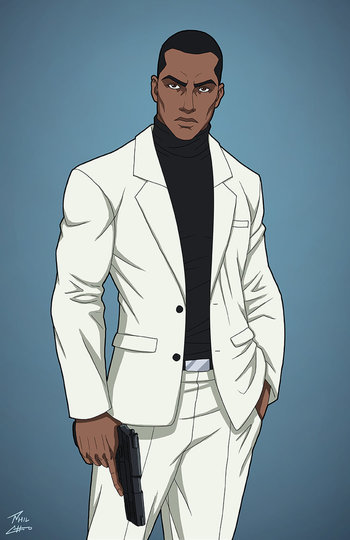 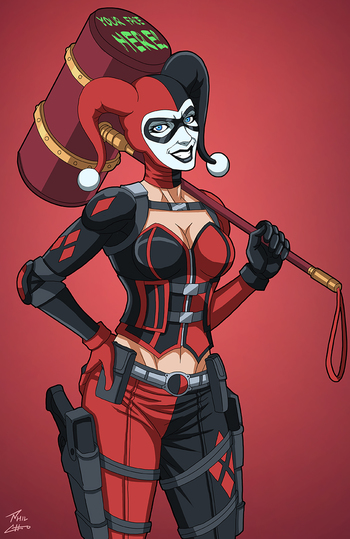 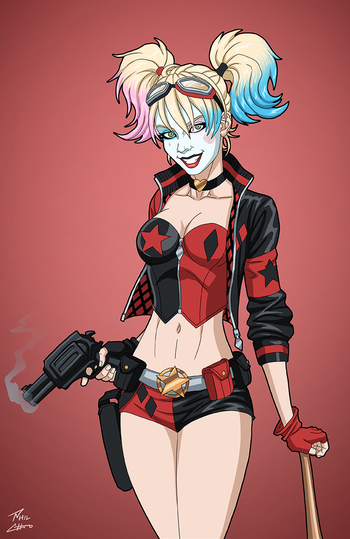 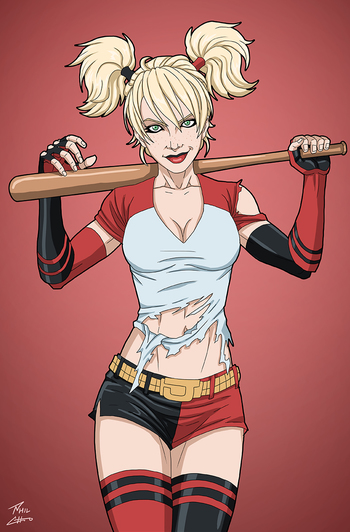 The second Harley Quinn, Marian Drews has adopted the Hellequin persona as a means of attracting the Joker back to her side once more. 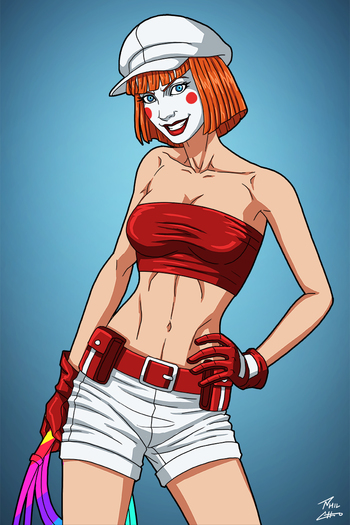 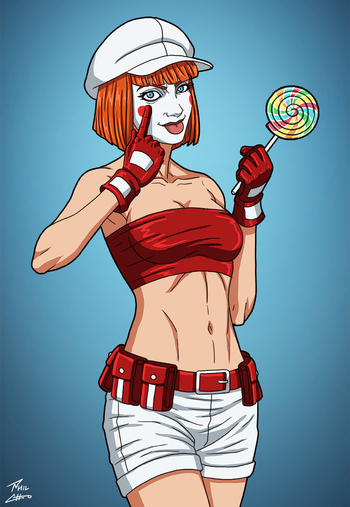 Delia
Delia and Deidre Dennis are the Dee Dee Twins, they are members of the Laugh Pack and the nieces of Harley Quinn.
Dottie (Dorothy Tan) 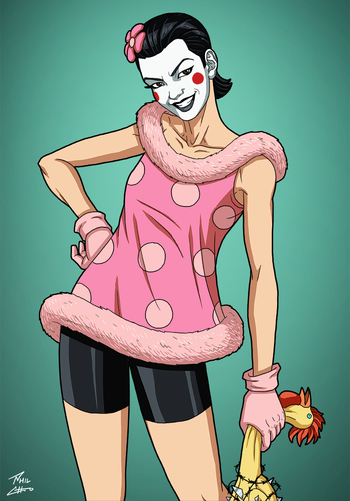 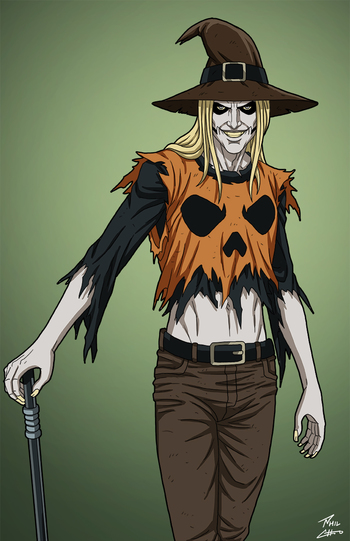 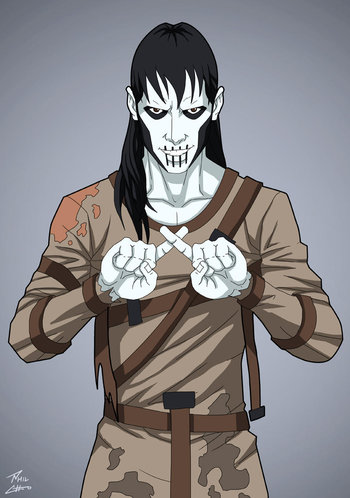 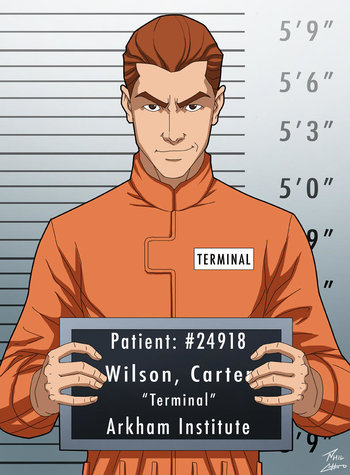 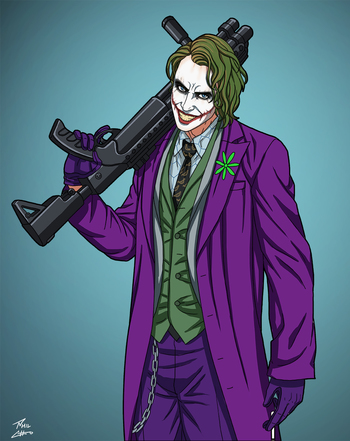 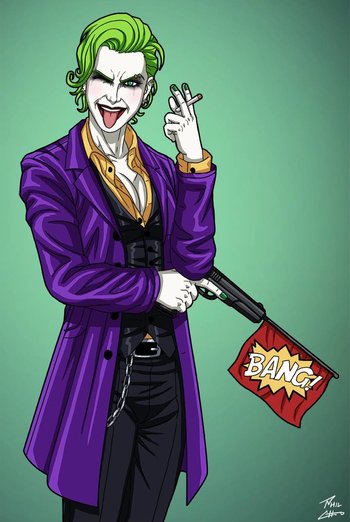 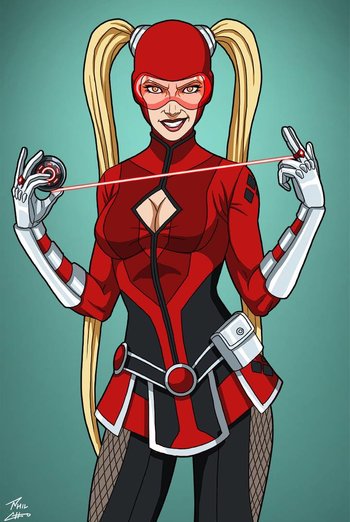