Main Character Index: The Light | The Legion of Doom | The League of Assassins (The White Glove | The Black Glove | The Foot Clan) | H.I.V.E. | The Rogues | The Organized Crime of Gotham (The Masterminds) | The Salvation Syndicate | The House of Zod | The Cadre | Apokalypse | Demons and Devils | Extraterrestrial Villains | Supernatural Villains | Other Villains 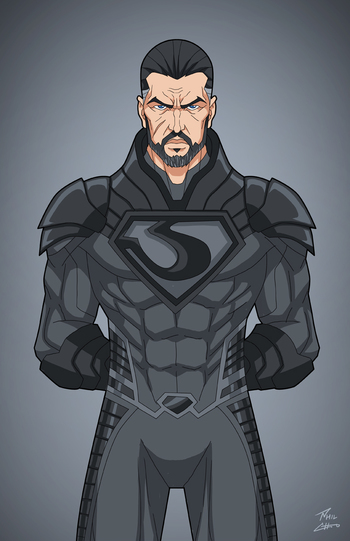 Three Words: Kneel before Zod.
General Dru-Zod was a member of the Kryptonian military, exiled to the Phantom Zone by Jor-El after attempting to conquer Krypton. When he escaped years later he targeted Superman and his adopted planet Earth.
Ursa-Ul 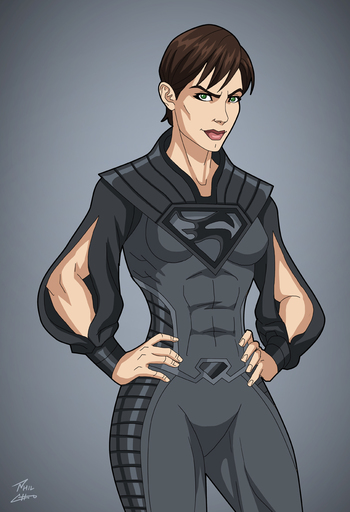 Ursa-Ul or simply "Ursa" is the loyal lieutenant and frequent lover of General Zod. She is as merciless as she is beautiful and is known for taking trophies from the enemies she encounters. Though she often flaunts her figure, be careful not to look too long or she might look back... with her heat vision. which she enjoys using in... creative ways. 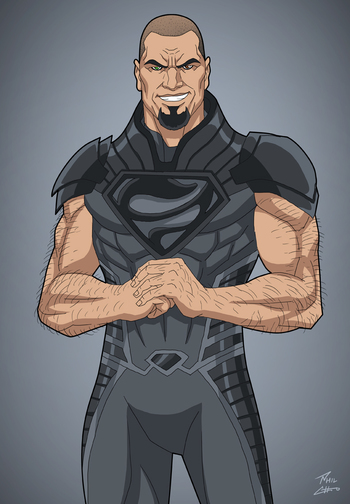 If you don't kneel before Zod, this is the guy that will make you. Non-Ur, more commonly known simply as 'Non', is the loyal enforcer of Kryptonian warlord, General Zod. Though many think of Non as mere muscle, which he does have in spades, Non is also a skilled interrogator and xenobiologist, especially by Earth standards.