In General
The Union Aerospace Corporation, a Mega-Corp whose research into Argent energy ended up unleashing demons from Hell, first on Mars, and then upon Earth itself.

"I am not the villain in this story. I do what I do because there is no choice."
"I'm willing to take full responsibility for the horrible events of the last 24 hours, but you must understand - our interest in their world was purely for the betterment of mankind. Everything has clearly gotten out of hand, yes, but it was worth the risk. I assure you."
Dr. Samuel Hayden is the chairman of the UAC and the official who oversaw the Argent energy research projects at the UAC Mars Base. After an unknown incident during construction of the facility's Argent Tower which caused him to develop brain cancer, he was forced to replace almost the entirety of his body with cybernetics.

Hayden is adamant in defending his original research projects into Hell and its Argent energy reserves, stating that it was all in mankind's best interest, and that the sacrifices made would have been worth the cost, if his other staff had been able to resist the corrupting influences of the demonic dimension. While he seems friendly, whether or not he can be trusted must be regarded as a question.
Olivia Pierce

"You could not have saved them, anyway."
"I believe in honesty... especially now, in what will be your final moments in this world. All the rumours... the human sacrifices... the Hell portal... the demons... it's all true. My sisters and brothers, be thankful. You will be the first. You will have a seat alongside them as I will in what will become the new world they create for us. Starting now."
Dr. Olivia Pierce is a high-ranking adherent and researcher in the UAC and has taken practical control of the UAC Mars Base by causing a Hell Wave of Argent energy while releasing all of the captive demons in the Lazarus Labs, zombifying 64% of the staff and killing the rest. She is a major antagonist of the game, and opposes Dr. Samuel Hayden, whose claimed interests are only in Hell's Argent energy, by trying to bargain with the demons and open a permanent portal to Hell.

Olivia was formerly an ordinary woman, as demonstrated by a picture of her prior appearance which can be found in the Advanced Research Complex on an array of monitors displaying high-ranking UAC researchers. However, her long-term exposure to Hell deteriorated her physical body as it had Samuel's, causing her to develop debilitating scoliosis. In an attempt to remedy this and maintain mobility, she had herself integrated into an artificial exoskeleton. While this worked, the exoskeleton keeps her in a constant state of pain and torment, which, in her ever-increasing fanatic dedication to Hell studies, she refuses to remedy through medication, lest her mind is dulled in any way.
VEGA 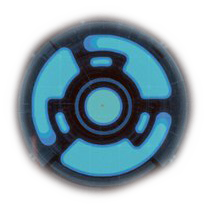 VEGA is an artificial intelligence which is responsible for the operation of the UAC Mars Base. It is capable of analyzing the Praetor Suit and enabling some of its latent functionality, resulting in advancements in combat capability and maneuverability.

Abraham Peters
The protagonist of Doom VFR. A scientist for the UAC who had been protected from the initial wave of demonic energy that Olivia unleashed, only to be torn apart by a Pinky after stepping off an elevator. However, a top-secret UAC protocol caused his consciousness to be digitized, allowing him to download himself into a combat-ready chassis and get to work containing the demonic presence.
UAC Spokeswoman
A holographic woman who actively supports the demonic invasion of Earth, spewing Pro-Hell propaganda and encouraging mankind to roll over and die for their new masters.

In General
A global military crisis-relief initiative formed by the Allied Nations to combat the Hell invasion, the Armored Response Coalition fought hard to protect Earth against the demonic hordes, but are on the brink of collapse by the start of DOOM Eternal.