In General
An ancient race of angelic beings led by the Khan Maykr, whose alignment with Hell brought an end to Argent D'Nur. In Doom Eternal, they continue their collaboration with the demons to bring the same damnation upon Earth. 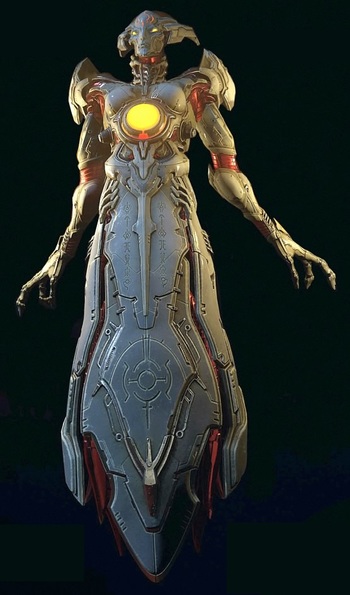 "For millennia we have survived. Made others sacrifice in the name of our prosperity - so that they may in turn find redemption. Who are you, a human, once a mortal, to defy our traditions?"
Known also as the "Supreme Maker", the Khan Maykr is the ruler of the Maykr's homeworld, Urdak. She is the main antagonist of DOOM Eternal, and while that fact is clear from her first appearence, her nature and her past with the Doom Slayer are slowly revealed to the player as the game goes on.
Maykr Drone 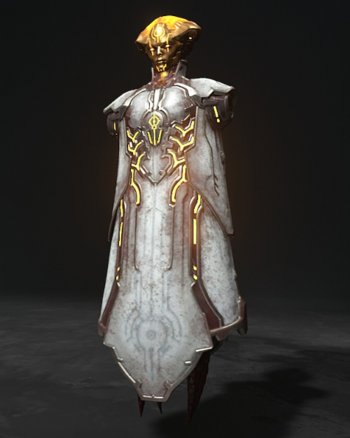 A new enemy in DOOM Eternal, the Maykr Drones are the servants of the Khan Maykr, existing as literal extensions of her will, and are the main population of Urdak, the Maykr homeworld.
Maykr Angel 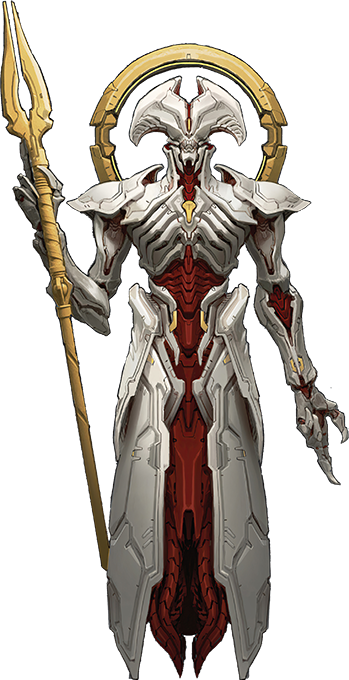 Revered figures who serve as speakers for the Khan Maykr, they are generally assigned as overseers and advisors amongst Maykr-controlled worlds.

"And now they will fear you."
"We must move quickly. There are those who would seek to stop this."
A mysterious cloaked individual, Samur Maykr is the very "Seraphim" who empowered the Doom Slayer with great strength and speed to aid in his war with the forces of Hell, seemingly against the wishes of the Khan Maykr herself.

In General
The Human Alien natives of the world of Argent D'Nur, who have ties to both the Slayer's past and the very origin of Argent Energy. They were invaded by Hell and taken over, shortly after a civil war and an unexpected betrayal.
Night Sentinels 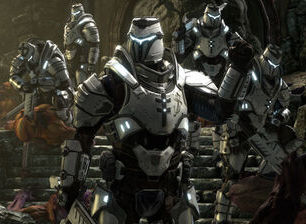 The Night Sentinels were the warrior elite of Argent D'Nur, and fought alongside the Doom Slayer against the armies of Hell in ages past. 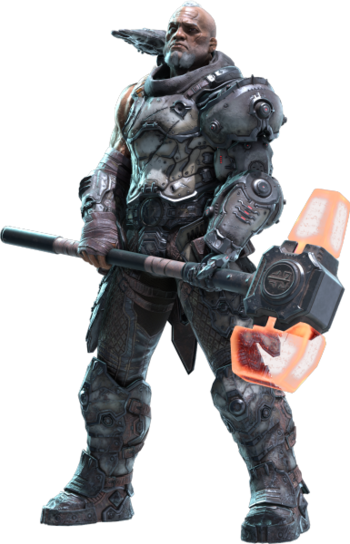 "It is your people's time now to give penance... just as it was mine."
"Saving your people will not bring you peace. Only make the burden you carry worse."

A disgraced Night Sentinel that facilitated Hell's conquest of Argent D'Nur in return for the resurrection of his deceased son. In their own twisted way of fulfilling their end of the bargain, the demons brought back the Betrayer's son as the Icon of Sin, leading the Betrayer to exile himself within Hell as atonement.
King Ormero

The first king of Sentinel Prime.

"It is written, it is their time to give penance..."
"Against all the evil that Hell can conjure, all the wickedness that mankind can produce, we will send unto them... only you. Rip and tear, until it is done."
The ruler of Sentinel Prime and the leader of the Sentinels, as well the last King of Argent D'Nur, before it was consumed by Hell.