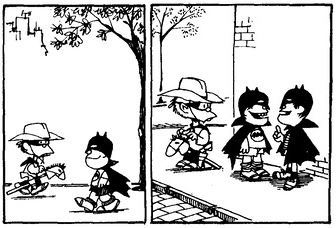 Shoutouts abound to one of the heroes best ingrained in the public consciousness, there's even a trope all on its own to straight parodies of the archetype Batman codified; the Batman Parody.

Please, only direct examples. Any resemblance to a Batman story or concept without Word Of God to back it up is speculation.

References to the Nolan trilogy can be placed on their own page at The Dark Knight Trilogy.

References to Batman in other works: