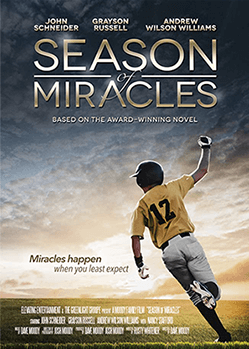 In 1974 Alabama, Zack (Andrew Wilson Williams) is the head of the Robins, a Little League baseball team. When he discovers that local autistic boy Rafer Forrester (Grayson Russell) is a baseball prodigy, he invites him to join the team, and the Robins rise towards a championship season.

Season of Miracles provides examples of: