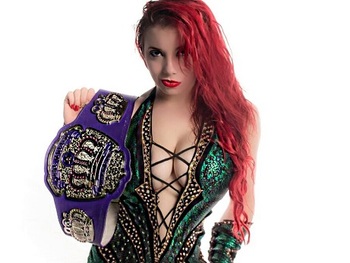 Taeler Conrad-Mellen (born June 7, 1989) is an American Professional Wrestler from New Bedford, MA as Taeler Hendrix. She debuted in 2008 and competed primarily in Northeastern independents before arriving in Ring of Honor in 2010. She also spent time in Ohio Valley Wrestling, where she became a 3x OVW Women's Champion

. She took part in Impact Wrestling's Gut Check Challenge in 2012 and lost all of her matches. Her most famous run is as a Heel in ROH. She and Laurel Van Ness were the inaugural QOC Tag Team Champions