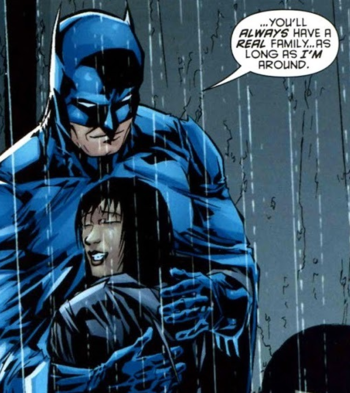 While Batman has a reputation for being Darker and Edgier than other DC heroes, it's moments like these that show that heartfelt moments can still be found even in the grim world of The Dark Knight.