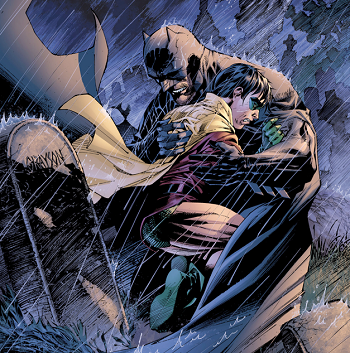 "We mourn lives lost. Including our own."
Advertisement:

Bruce Wayne/Batman's backstory and life are mired in tragedy starting with the loss of his parents in his childhood, he's one of the quintessential tragic superheroes for a reason. And he's had to deal with many other tear-jerking situations in his bat-vigilante career. Not to mention part of his Rogues Gallery is made of Tragic Villains.