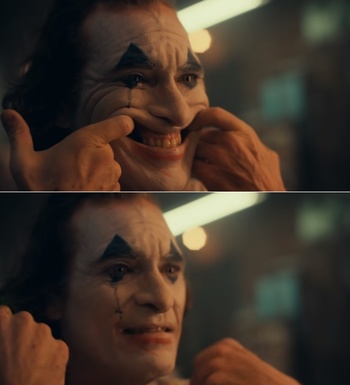 ♫ Smile, though your heart is aching... ♫
[starts unfurling list]