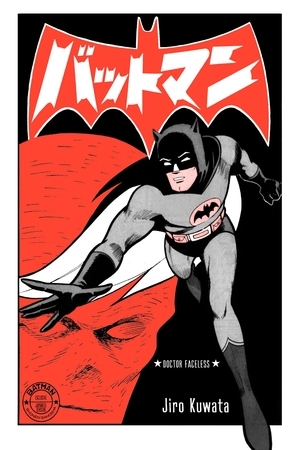 In the mid-1960s, the Batman TV series was exported to Japan and proved extremely popular. As a result, an officially licensed Batman manga was published for just over a year, in the weekly Shōnen King magazine and, with different stories, in the monthly Shōnen Gaho. Jiro Kuwata, an established mangaka of superhero and "scientific detective" manga, was hired as writer and artist. The manga was loosely based on DC Batman stories of the era, but with significant Adaptation Expansion and Cultural Translation. After the end of Japanese Bat-mania, the series was largely forgotten.

In 2008, a book called Bat-Manga: The Secret History of Batman in Japan was published in the USA. Compiled by Chip Kidd, it translated and reprinted selected complete stories and isolated chapters from the manga, along with photos of other Japanese Bat-merch of the era, text pieces by Kidd, and a new interview with Kuwata. It proved highly popular and memetic with English-language Batman fans, although there was controversy over Kidd alone being credited as writer of the book even though most of its content was Kuwata's manga.

From 2014, the whole series was published in English translation by DC as Batman: The Jiro Kuwata Batmanga, in serialised form online and then on paper in three tankōbon.