Manga / Batman and the Justice League 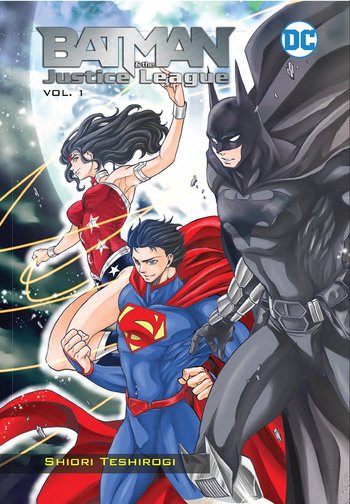 A manga written and drawn by Shiori Teshirogi. The Justice League discovers Lex Luthor and the Joker trying to remake the universe by harnessing the energy of Earth's "ley lines." At the same time, teenager Rui Aramiya is searching for his missing parents, who are somehow connected to the current crisis. Originally published on November 3 2017, an English version was released on October 17 2018.

Tropes featured in this Manga include the following