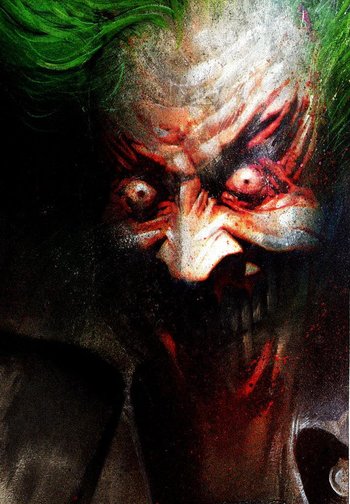 "Some men just want to watch the world burn."
Advertisement:

The Dark Knight has been up against some truly terrifying moments, no doubt in part due to his extensive Rogues Gallery and the latter being made of a good chunk of dangerous and scary psychopaths. Below are but a smattering of the scariest moments.

Heavy spoilers for several comic series are below. Non-comic books examples for Batman belong on those appropriate pages.

A Death in the Family