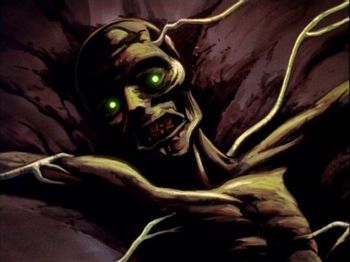 Nightmare Fuel in Batman Beyond.

Did you think the original animated series was dark? You haven't seen anything yet.