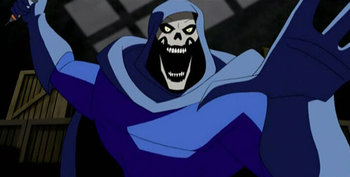 Now you see the real me.note This isn't a mask. This was behind his face.
Advertisement:

1x02 — For the Man Who Has Everything