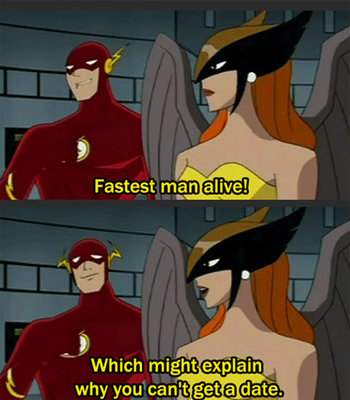 Justice League (Unlimited) includes so many of these moments, and some of them so blatant, that one almost has to wonder if the censors were paying attention at all (Word of God is that they just didn't care). As time went on, the show was moved to a late primetime slot and the show became more obviously for older audiences, leading to even more direct crap getting past the radar.