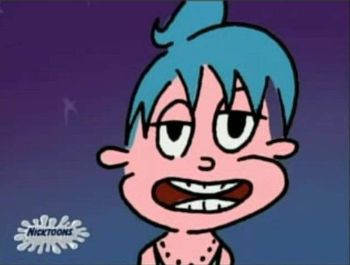 Now it's time for something a little more... intimate.
KaBlam! has many instances of Getting Crap Past the Radar. Considering what channel it was on, you could see it coming.