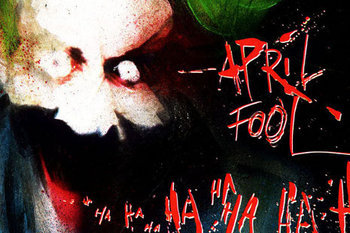 "...Your wife's dead and the baby's a spastic!"
Advertisement: