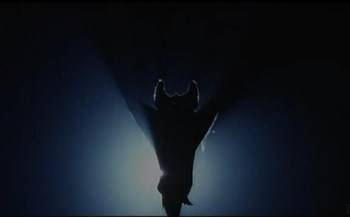 Who's NOT afraid of the big bad bat!?

"Oh, come on! This is Batman Forever! One of the Joel Schumacher films! You know, the same guy who introduced neon lights and campiness to the 90's Batman movies!! Surely there can't be anything all THAT scary about this film, right?"