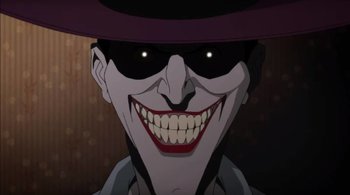 Knock Knock. Death's here
It's The Killing Joke; what would you expect?
Spoilers Off applies to all "Moments" pages, so all spoilers are unmarked.