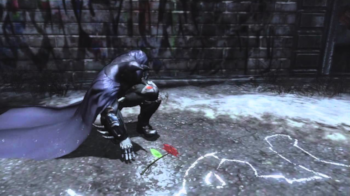 How does it feel, Wayne? To stand on the very stones that ran with your parents' blood? Do you feel sad? Full of rage? Or does that outfit help bury your feelings, hiding your true self? Oh, you are a truly extraordinary specimen. I look forward to breaking you.
All spoilers unmarked. You Have Been Warned!
Advertisement: