Tear Jerker / For the Man Who Has Everything 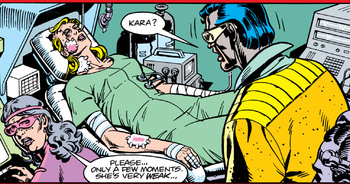 "She has been attacked... Anti-Phantom Zone campaigners with a grudge against the House of El."
Advertisement: