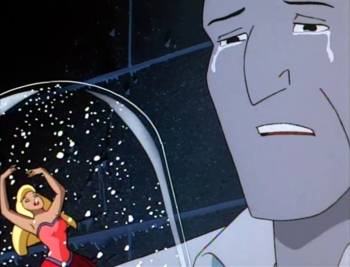 I can only beg your forgiveness, and pray you hear me somehow. Some place... someplace where a warm hand waits for mine.
Advertisement:

Other than being one of the better known Batman adaptations, Batman: The Animated Series has its ample share of tear-jerking moments, both on the Hurting Hero himself as well as plenty of his adversaries.