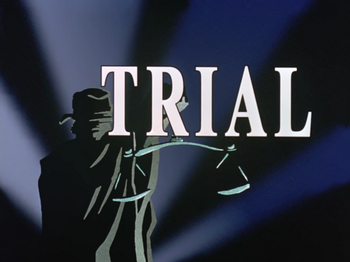 Gotham's new District Attorney, Janet van Dorn, blames Batman for the city's problems. The inmates of Arkham kidnap her and Batman and put Batman on trial, accusing him of creating them—and Janet is given the task of defending him.