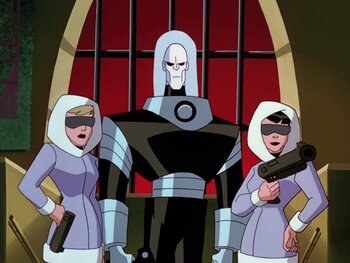 Mr. Freeze returns, but this time, he is focused on destroying everyone's happiness. This is because his wife left him, believing that he died in the events of Batman & Mr. Freeze: SubZero. It's up to Batman and Batgirl to stop his latest scheme: freezing all of Gotham.