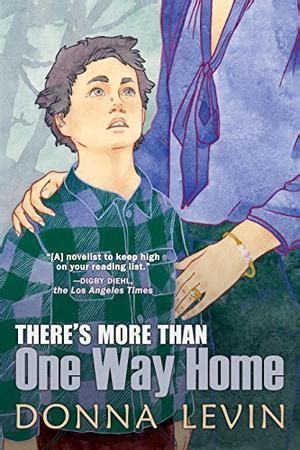 There's More Than One Way Home is a 2017 novel by Donna Levin.
Advertisement:

Anna Kagan is chaperoning a field trip to Minotaur Island when her ten-year-old autistic son, Jack, goes missing, along with his classmates Dylan Shumacher, Tyler Gaines, and Cesar Ruiz. When the boys are found, Tyler is dead, and Dylan and Cesar say Jack has killed him by accident.

There's More Than One Way Home contains examples of: