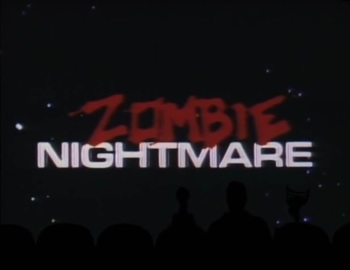 Ha! Every zombie nightmare I have are naked at a hockey game!

Aboard the Satellite of Love, Mike and the Bots have fun with voodoo, hot tubs, and the Adam West version of Batman.