Too Sexy for This Timeslot 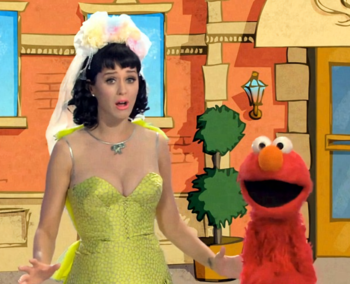 "All Katy wants is to play dress-up while she's at Sesame Street..."
Sometimes, Fanservice gets a bad reaction from certain members of the audience (often Moral Guardians), mainly because children can see it. YMMV on what is age-appropriate for children's television, or television programs in network time-slots that have traditionally or once been the preserve of "family-friendly" television programs.
Advertisement:

This reaction is generally the reason for Watershed and Safe Harbor laws.