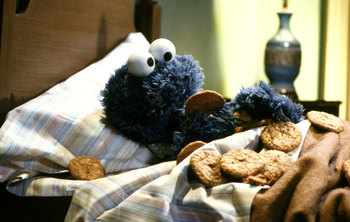 He loves cookies to the point where he will sleep with them.
Advertisement: