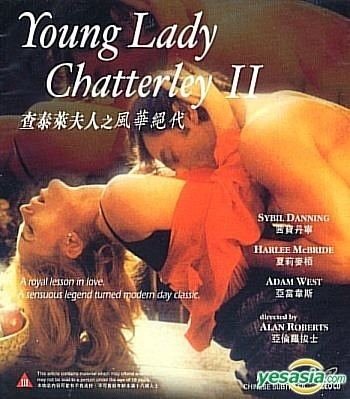 Lovely Cynthia carries on the romantic heritage of the Chatterley Estate. Her desire is to discover her perfect lover. She invites American anthropologist Professor Arthur Bohart, Jr as her house guest, but he is more interested in a naked ride that predates Lady Godiva's that he believes took place on the estate.

Cynthia's First Love Robert arrives at estate for a visit, bringing with him his sister Judith and her teenage son Virgil. Cynthia's hopes to reignite her affair with Robert are spoiled by the fact that he has joined the priesthood in their years apart. The deeply repressed Judith is looking to stamp out anything she regards as lustful or immoral behavior she sees in others. She, however, is due to have a life-changing encounter with the gardener Thomas.

Meanwhile, a local mogul is looking to acquire the state to build a nuclear power station. After Cynthia refuses his offer to purchase the estate, he seeks to drive the estate into bankruptcy so he can buy it at auction. Cynthia and her allies have to come up with a plan to save it.