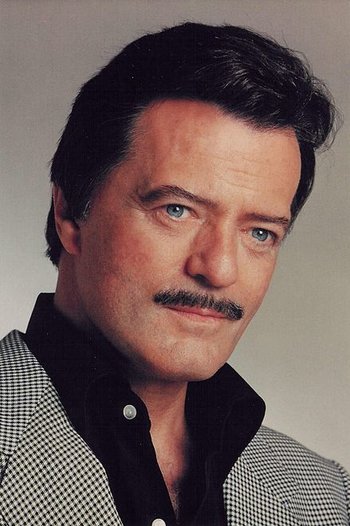 Robert Gerard Goulet (November 26, 1933 – October 30, 2007) was an American actor and singer from Lawrence, Massachusetts. He first became well-known for his role as Lancelot as part of the original Broadway cast of Camelot. His other theater credits included Carousel, The Pajama Game, South Pacific, Kiss Me, Kate and La Cage aux folles. He won a Grammy Award for Best New Artist in 1963 and a Tony Award for The Happy Time in 1968.

Goulet also had a lengthy television career, guesting on shows such as Mission: Impossible, The Love Boat, Murder, She Wrote and Recess. He occasionally played himself on episodes of Mr. Belvedere, The Simpsons, Boy Meets World and Just Shoot Me!. He could also be seen on the silver screen in films like Beetlejuice and The Naked Gun 2½: The Smell of Fear (as the villainous Quentin Hapsburg). One of his final film appearances was Toy Story 2 as the uncredited singing voice of Wheezy the Penguin.