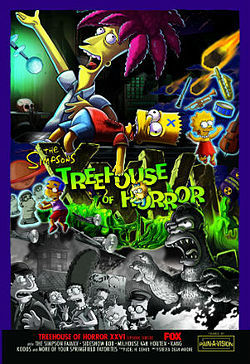 It contains the following segments: Sideshow Bob finally kill Bart, then revives him when he realizes that the thrill of defeating his mortal enemy is gone in "Wanted: Dead, Then Alive"; Homer once again plays a famous movie monster (see "King Homer" in "Treehouse of Horror III") in "Homerzilla"; and "Telepaths of Glory", a Chronicle parody where Bart, Milhouse, and Lisa gain powers from a strange hole.

Tropes associated with the opening: 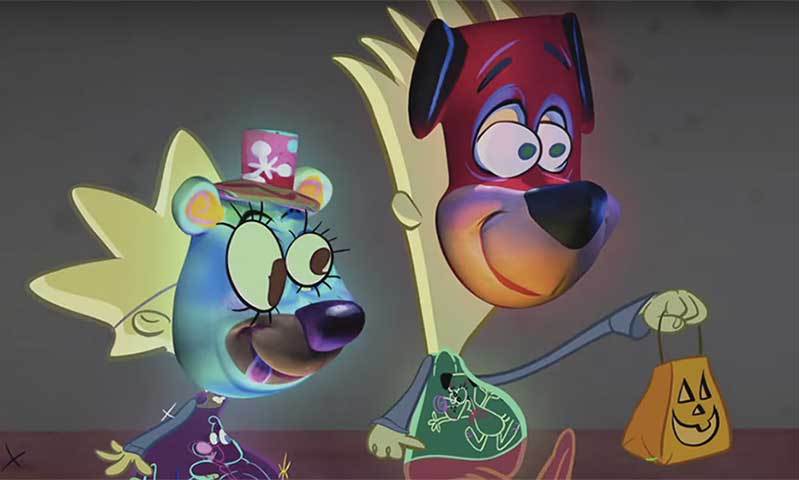 Bart is killed by Sideshow Bob, who then goes on to become a professor at Springfield University. However, he is disappointed by his lazy students, and misses the thrill of killing Bart, so he decides to revive him so he can kill him again. 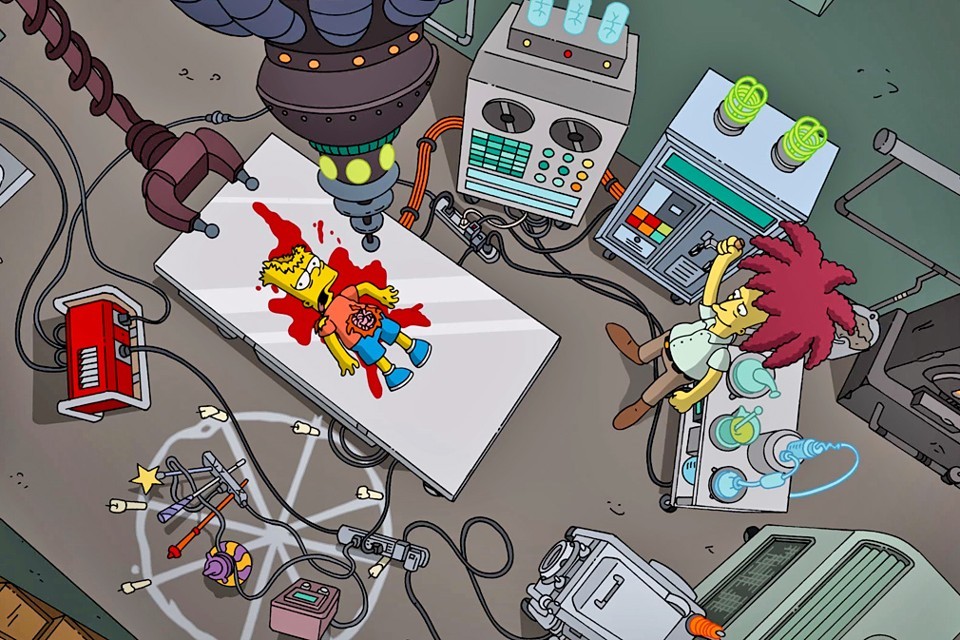 A parody of Godzilla; the grandfather of the Simp-san family frequently sacrifices a doughnut to a giant sea monster to keep it at bay. When he dies and no more donuts are sent, the monster comes to shore and wrecks the city.

While Bart, Lisa, and Milhouse are on a hike, Milhouse falls down a hole. Bart and Lisa follow to rescue him, and they find a load of radioactive ooze down there. A bubble of the stuff pops and blows them back out of the hole. Lisa and Milhouse quickly discover that the goop gave them Mind over Matter powers. Bart didn't get any powers despite going through the same experience, as they're linked to intellect and Bart doesn't have much of that.

Cut to a montage of Lisa and Milhouse using their powers. Lisa uses hers to cheat at a gym examination by flying up the rope she was supposed to climb, Milhouse drops Dolph into a volcano after Dolph bullies him, Lisa turns Bart's 'Skinner is a wiener' graffiti into 'Skinner is a winner' (only for Skinner to change it back as he thinks someone misspelled wiener), plays the background music on all her instruments, and Milhouse plays Whack-A-Mole with his bullies, merges his parents into Two Beings, One Body, and gives Apu and Snake multiple arms. Yup, he's gone mad with power.

Milhouse then fills the Simpsons' yard with moai statues of him and gathers many citizens of Springfield into a giant ball, before the ball and statues are zapped away, and Milhouse is brought low with another zap. Bart congratulates Lisa on doing that, but she didn't. Turns out, it was Maggie, who'd sucked on a nuclear rod instead of a pacifier and now has powers of her own.

The rest of the short is Maggie's changes to the world, set to Twinkle, Twinkle, Little Star.