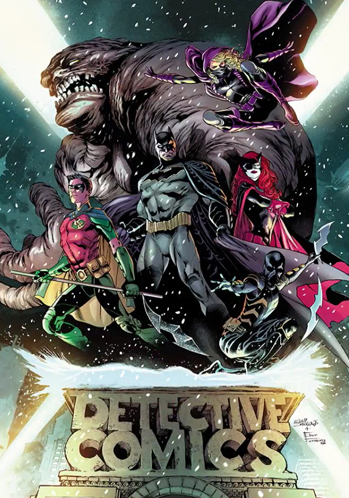 Upon discovering the existence of a large, violent, technologically-advanced organization operating in Gotham's shadows and targeting the city's various vigilantes, Batman enlists the help of Kate Kane (Batwoman) to lead a "Gotham bootcamp" for some of Gotham's younger crimefighters. Batman reasons that Kate's various forms of military training are best suited to quickly prepare a group of trainees for an all-but-certain battle against their new foe, and Batwoman accepts, eager for another chance to have a leadership role that she was denied after her dismissal from the Army.

The series was part of the first Batfamily Crossover of the Rebirth era, Night of the Monster Men, along with Batman and Nightwing. It also had a two-part arc titled "Batwoman Begins", which served as a launching point for the Batwoman (Rebirth) series.

This incarnation of the series began on June 8, 2016 with issue #934, and concluded on May 23, 2018 with issue #981. The "Rebirth" branding was dropped from DC's comics towards the end of this period. From issue #982 onwards, Detective Comics shifted from being a team book to once again becoming mainly focused on Batman himself.