Comic Book / We Stand on Guard 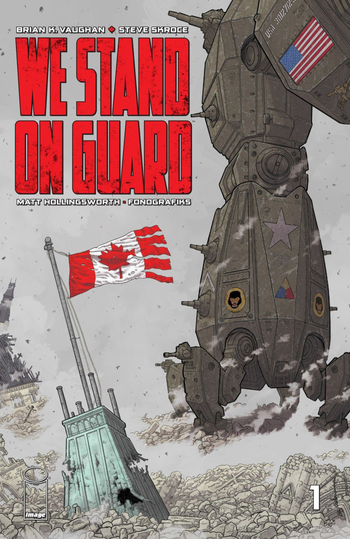 In the year 2112, The White House is destroyed by unknown assailants. While the world speculates, the United States launches a surprise attack on Canada, destroying the capital of Ottawa in an instant and swiftly occupying the rest of the country.

Twelve years later, Amber Roos, who was orphaned in the attack on Ottawa, is now a subsistence hunter in the Northwest Territories, hoping to someday find and rescue her captive brother Thomas. There, she meets up with the Two-Fours, a motley crew of freedom fighters looking to strike back at the American occupation.