Ultimis and Primis | Victis and other playable characters | Others | Enemy Types 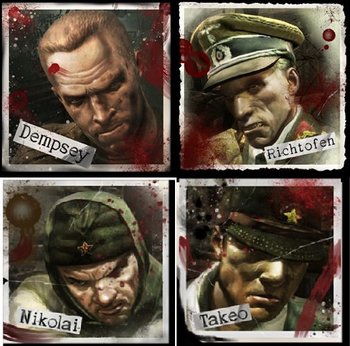 The original cast who made their debut in Shi No Numa, referred to as "Ultimis". Richtofen found the other three and wiped their memories, and allied with them once Samantha set out to wipe out Group 935. Richtofen then led them across the two games from location to location, gathering things he needed for his grand scheme. Takeo recovers fully by Ascension, and Dempsey begins recovering as well, though Nikolai shows no progress. Though they insult each other, they ultimately become (whether they admit it or not) Fire-Forged Friends. Richtofen's scheme ultimately culminated on the Moon when the others inadvertently help him take control of the zombies. They realize their mistake, and ally with Maxis to try to stop their former ally, and ended up destroying the Earth to do so.
Primis in General 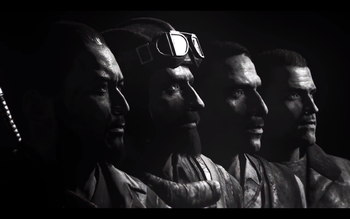 After the Earth was destroyed twice over by Richtofen and Maxis, Samantha traveled to an alternate timeline in which the four heroes were World War I era soldiers, and they formed an alliance to free Samantha from Agartha. After a few years of peace, Richtofen recruited the gang yet again to help him purge the universe of the zombies and influence of Element 115. This meant killing off their original counterparts in the World at War-Black Ops II storyline. The group succeeds after changing the original timeline by killing the original Richtofen, and go to live out their lives in peace in the Aether with Dr. Monty, only for the Shadow Man to return and threaten the universe on behalf of his masters, the Apothicons. After a great battle, the evil is vanquished, and as a reward for their services, Monty allows the group to live out the rest of their lives as Primis, medieval warriors who originally defended Earth from the Apothicons, completing the cycle. 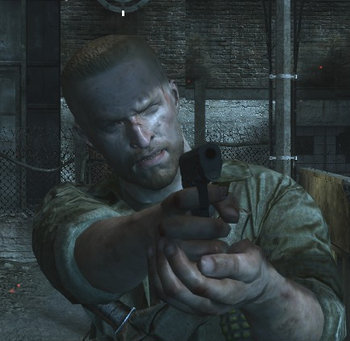 The American character. Your stereotypical American Marine, ripping his way through his enemies like butter. Takes up the white space on the scoreboard and serves as the host in World At War. 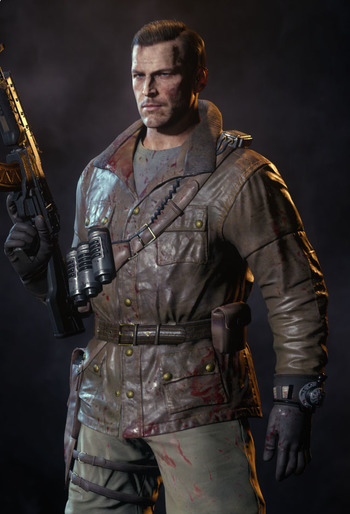 "We were supposed to secure the package, be in and out clean. Instead, the whole thing's just been one disaster after another."
Voiced By: Steve Blum
Appearances: Origins | The Giant | Der Eisendrache | Zetsubou No Shima | Gorod Krovi | Revelations | Blood of the Dead | Classified | Alpha Omega | Tag der Toten

In the new timeline formed in Black Ops III, Dempsey is a far more serious character who may be even more badass than the original Dempsey. He does not trust Richtofen, which reaches its peak when the truth comes out that the group's new mission is to exterminate their original counterparts. 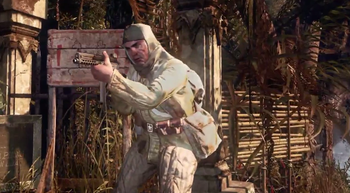 The Russian character, another stereotype who adores vodka and killing his wives in great plenty. He's the only one not showing signs of recovery from his brainwashing. Takes up the blue slot in the scoreboard in World at War. 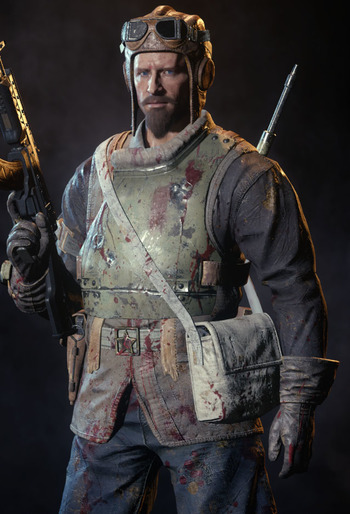 "They say it is better to have loved and lost than to have never have loved at all... I disagree."
Voiced By: Fred Tatasciore
Appearances: Origins | The Giant | Der Eisendrache | Zetsubou No Shima | Gorod Krovi | Revelations | Blood of the Dead | Classified | Alpha Omega | Tag der Toten

In the new timeline, Nikolai is almost unrecognizable. A world-weary, battle-worn soldier, Nikolai looks forward to the end of the group's war with the powers of darkness. However, for this to come to pass, Nikolai must confront the darkest moment of his past if they are to save the universe. 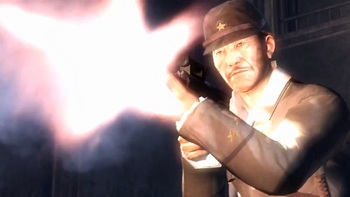 "Death before dishonor!"
Richtofen, his evil is great. But not as great as what we fight today. One day, when the time is right I will make him pay for what he has done!
Voiced By: Tom Kane
Appearances: Nacht der Untotennote Black Ops and Black Ops III only | Verrucktnote Black Ops and Black Ops III only | Shi No Numa | Der Riese | Kino der Toten | Ascension | Call of the Dead | Shangri La | Moon | Zetsubou No Shima | Classified | Alpha Omega | Tag der Toten

The Japanese character, obsessed with honour FAR before reason and has completely recovered from his brainwashing. Takes up the yellow slot on the scoreboard in World at War. 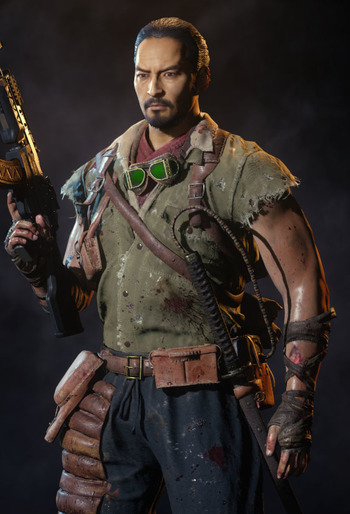 "Destiny is not on your side. It is on ours!"
Voiced By: Tom Kane
Appearances: Origins | The Giant | Der Eisendrache | Zetsubou No Shima | Gorod Krovi | Revelations | Blood of the Dead | Classified | Alpha Omega | Tag der Toten

Ever the honorable warrior, the new incarnation of Takeo sets out with the others to save the universe from darkness. During their mission, Takeo finds his own honor and loyalties in question as he begins to discover the depths of evil even his own beloved home country will sink to. 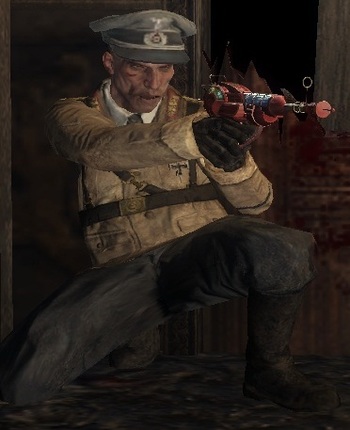 An insane German scientist who worked for Group 935 in the past, and is behind just about everything in the story, including nuking the Earth. From TranZit to Buried, he is the Demonic Announcer. Takes up the green slot on the scoreboard in World at War. 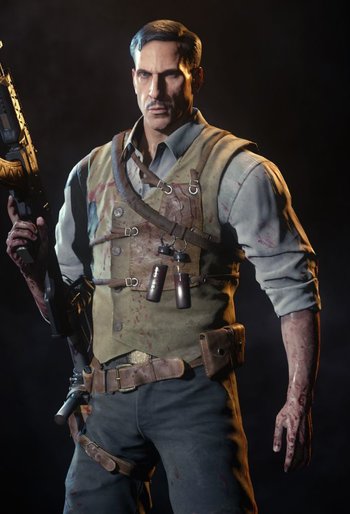 "I am no fool! What I do, I do only to secure a better tomorrow."
Voiced By: Nolan North
Appearances: Origins | The Giant | Shadows of Evil | Der Eisendrache | Zetsubou No Shima | Gorod Krovi | Revelations | Blood of the Dead | Classified | Alpha Omega | Tag der Toten

The new incarnation of Richtofen makes his debut in Origins, and helps guide his new friends to help Samantha reach Agartha. After learning of the different realities and in particular what befell the original Richtofen's timeline on his watch, this Richtofen sets out to save the universe from himself and his friends' original counterparts and atone for his original sins.