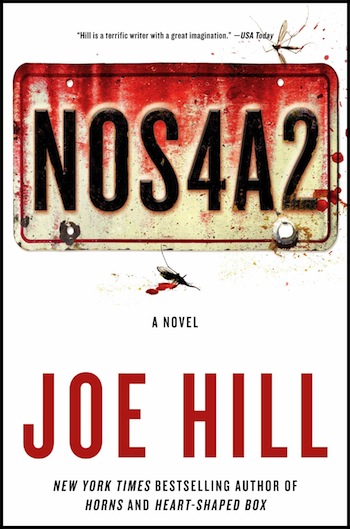 Charlie Manx has built a wonderful place just for children, where it's Christmas every day. Kids get to have the greatest fun in Christmasland, riding the Sleighcoaster, feasting from La Chocolatier, or playing scissors-for-the-drifter. And the fun never ends in Christmasland, where these wonderful children get to stay children — forever.

At 116 years old, Charles Talent Manx has spent decades kidnapping children and taking them to Christmasland, a place built by his imagination in a world that exists somewhere alongside ours. By the time they arrive, they've been... changed. Victoria McQueen also knows how to get to places that aren't quite there, using her Raleigh Tuff Burner bicycle to travel and find things that have been lost. At seventeen, she had a close encounter with Manx and was the first person to escape his grasp. Manx was sent to prison, and Vic was left to cope with a psyche deeply scarred by her encounter. Thirteen years later, Manx escapes and takes his revenge on Vic by "rescuing" her son and bringing him to Christmasland. With her unusual ability to find things, Vic may be the only one who has a chance at saving him.

A comic sequel/prequel, titled Wraith: Welcome to Christmasland and illustrated by Charles Paul Wilson III, has been released.

A television adaptation was made for AMC, which began to air in June 2019 starring Zachary Quinto as Manx and Ashleigh Cummings playing Vic. After two seasons, the series was canceled.

Has nothing to do with NOS-4-A2 from Buzz Lightyear of Star Command.

Tropes specific to the series: