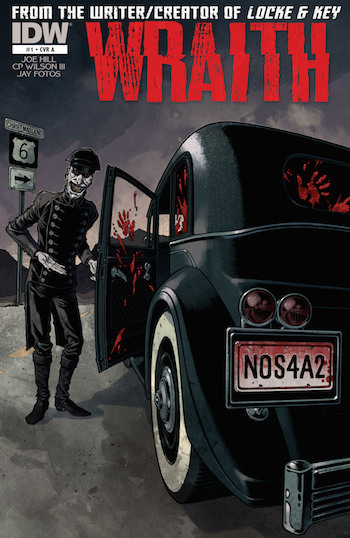 Wraith: Welcome to Christmasland is a comicbook miniseries written by Joe Hill and illustrated by Charles Paul Wilson III. It is a prequel to Hill's novel NOS4A2.
Advertisement:

Three escaped convicts and their hostages catch a ride with none other than Charlie Manx on his Wraith. Manx delivers them to Christmasland, a magical place where it's Christmas forever. And when they get there, they'll wish they had gone to prison instead...